HOWARD THE DUCK TP VOL 00 WHAT THE DUCK 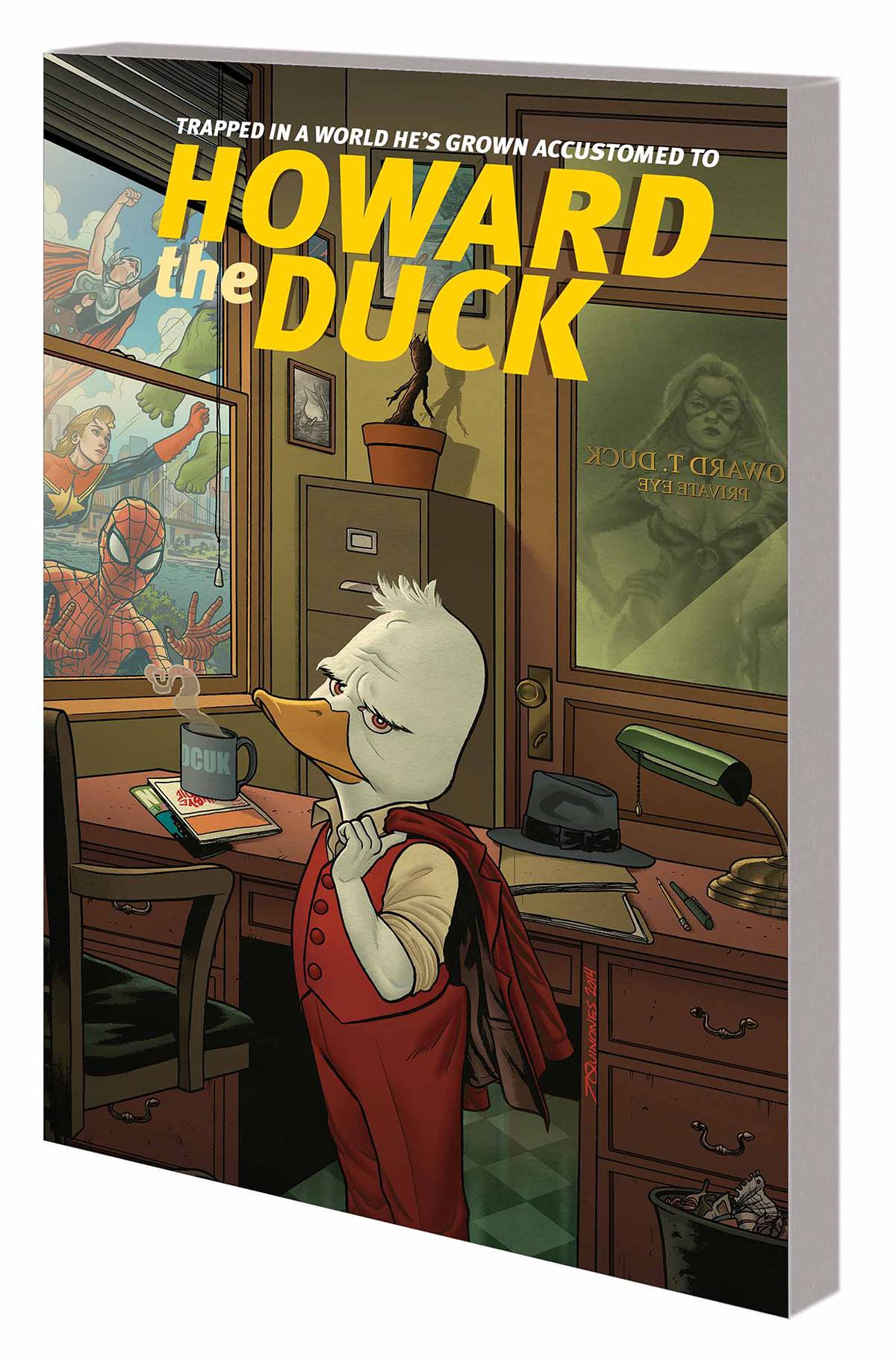 #
JUL150828
(W) Chip Zdarsky (A/CA) Joe Quinones
Hot off the pages of the...well, the post-credits scene at the end of a popular movie...Howard the Duck is back! Join the foul-mouthed fowl, trapped in a world he never made (but has grown accustomed to) as he takes on weird cases that only a talking duck can crack - as the Marvel Universe's resident private investigator! Howard's first case begins with the Black Cat but soon goes cosmic, landing him in the Collector's clutches! But he's not alone - Rocket Raccoon is a prisoner, as well! Can these two anthropomorphic animals turn the tables and break free? Well, yeah. Plus: Howard investigates a a senior citizens crime spree, teams up with Doctor Strange for some magical antics and learns a lot about new friend Tara Tam, because communication is key. Plus: a SECRET WARS tie-in! Sort of. Collecting HOWARD THE DUCK (2015) #1-5.
In Shops: Sep 23, 2015
SRP: $16.99
View All Items In This Series
ORDER WISH LIST