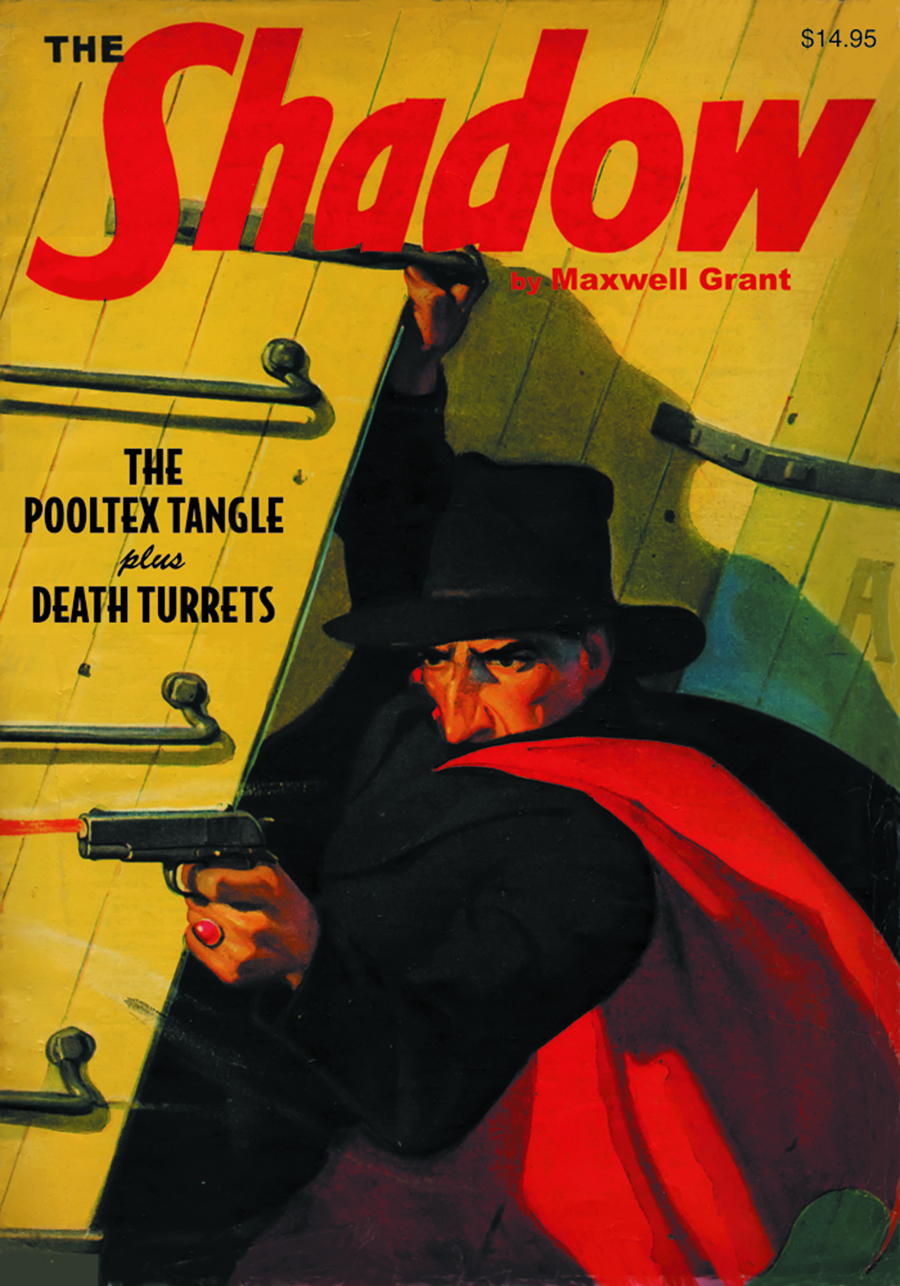 JUL141692
(W) Maxwell Grant, Walter B. Gibson, Will Murray, Ted Tinsley (A) Edd Cartier, Tom Lovell (CA) George Rozen, Photo
The Dark Avenger's skills as an escape artist are showcased in two thrilling 1937 pulp novels by Theodore Tinsley and Walter B. Gibson. First, The Shadow attempts to recover a stolen invention that could change the course of a future world war in "The Pooltex Tangle," a thrilling tale of espionage and escape. Then, in his true identity of Kent Allard, the Knight of Darkness attempts to stop the murderous plots of a serial killer in "Death Turrets," a masterpiece of misdirection! Plus, Walter Gibson recalls his legendary mentor in "Memories of Houdini."
In Shops: Sep 24, 2014
SRP: $14.95
View All Items In This Series
ORDER SUBSCRIBE WISH LIST