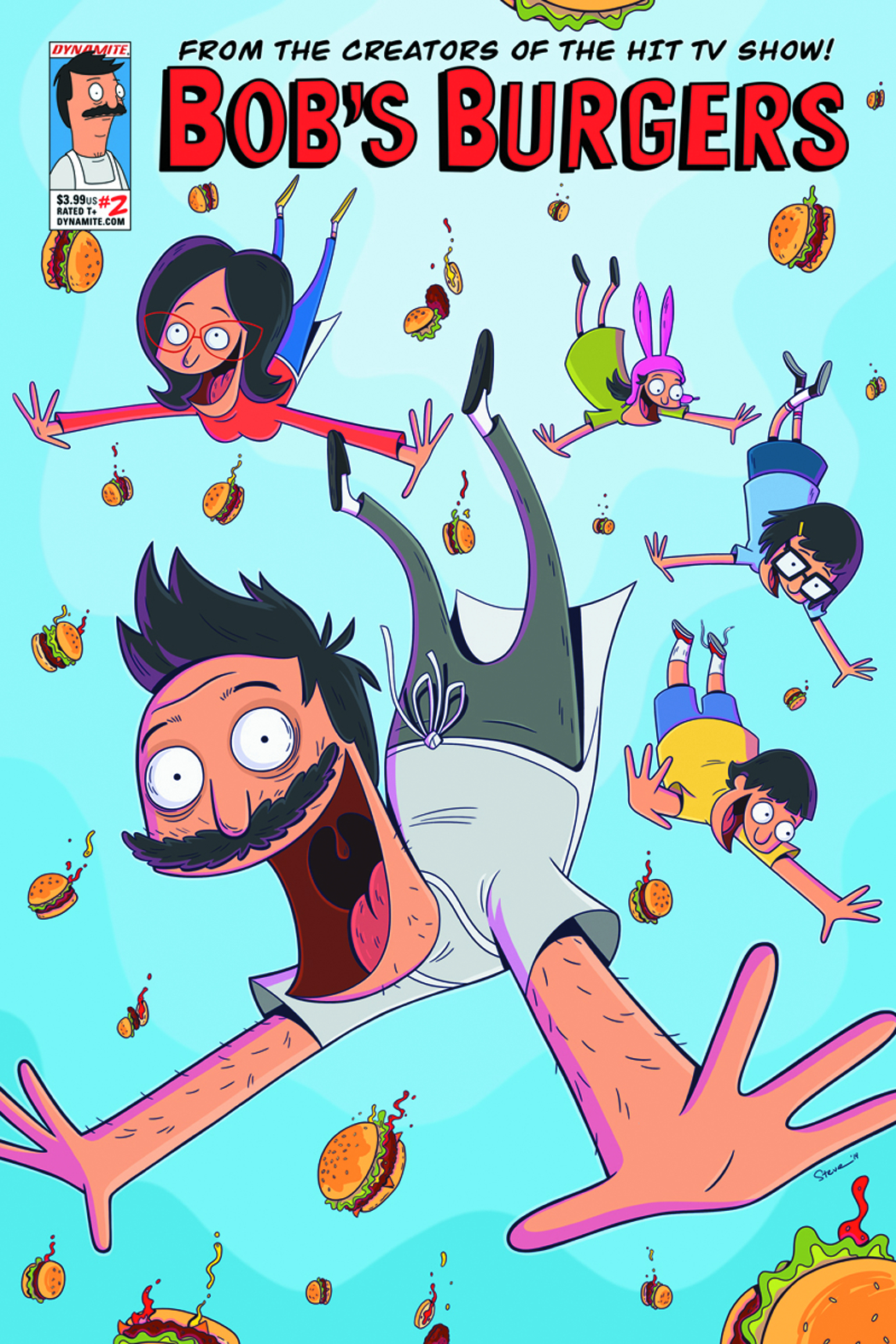 JUL141125
(W) Rachel Hastings, Mike Olsen, Justin Hook, Jeff Drake, Chad Brewster (A) Frank Forte, Tony Gennaro, Tyler Garrison, Robin Brigstocke, Steven Theis, Hector Reynoso (CA) Steve Umbleby
In the second issue of the Bob's Burgers comic book we bring you 5 new stories from the Belchers. Tina's Erotic Friend Fiction goes galactic; Bob jots down burgers to live by; Louise investigates a case of textbook tomfoolery; Linda looks out for her furry friends; and Gene presents a musical re-imagine-actment of the story of Mozart and Salieri called "Genemadeus"
Bob's Burgers is an animated sitcom that airs on Fox television with other hits such as The Simpsons and Family Guy.
In Shops: Sep 24, 2014
SRP: $3.99
View All Items In This Series
ORDER WISH LIST