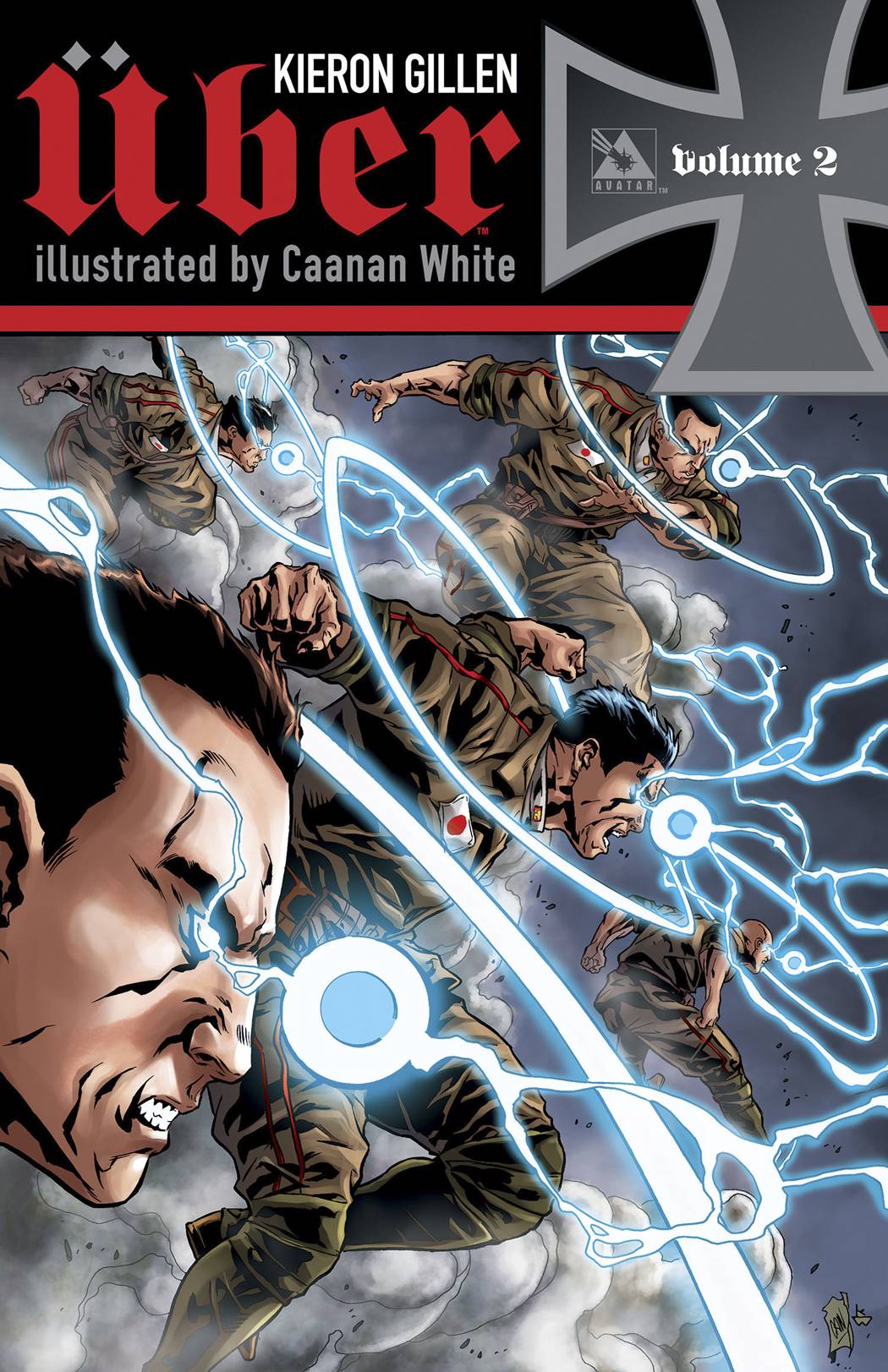 #
JUL140864
(W) Kieron Gillen (A/CA) Canaan White
Kieron Gillen redefined the alternate history comic by radically revitalizing the super soldier in the pages of Uber. This sweeping war epic shows all the grime, and fear, and blood of enhanced soldier warfare in an unrelenting World War II drama. The first blow in the battle between English and German Ubers has been wrought and neither nation walks away whole. The war rages on in the Pacific Theatre as Japanese Kamikaze pilots attempt to drive the US forces out while delivering devastating losses to the enemy naval fleet. But the tides of war change as the Japanese deploy their own enhanced soldiers and the Germans deliver their devastating secret attack. Uber Volume 2 collects issues #6-11 of the ongoing comic book series.
In Shops: Sep 10, 2014
SRP: $19.99
View All Items In This Series