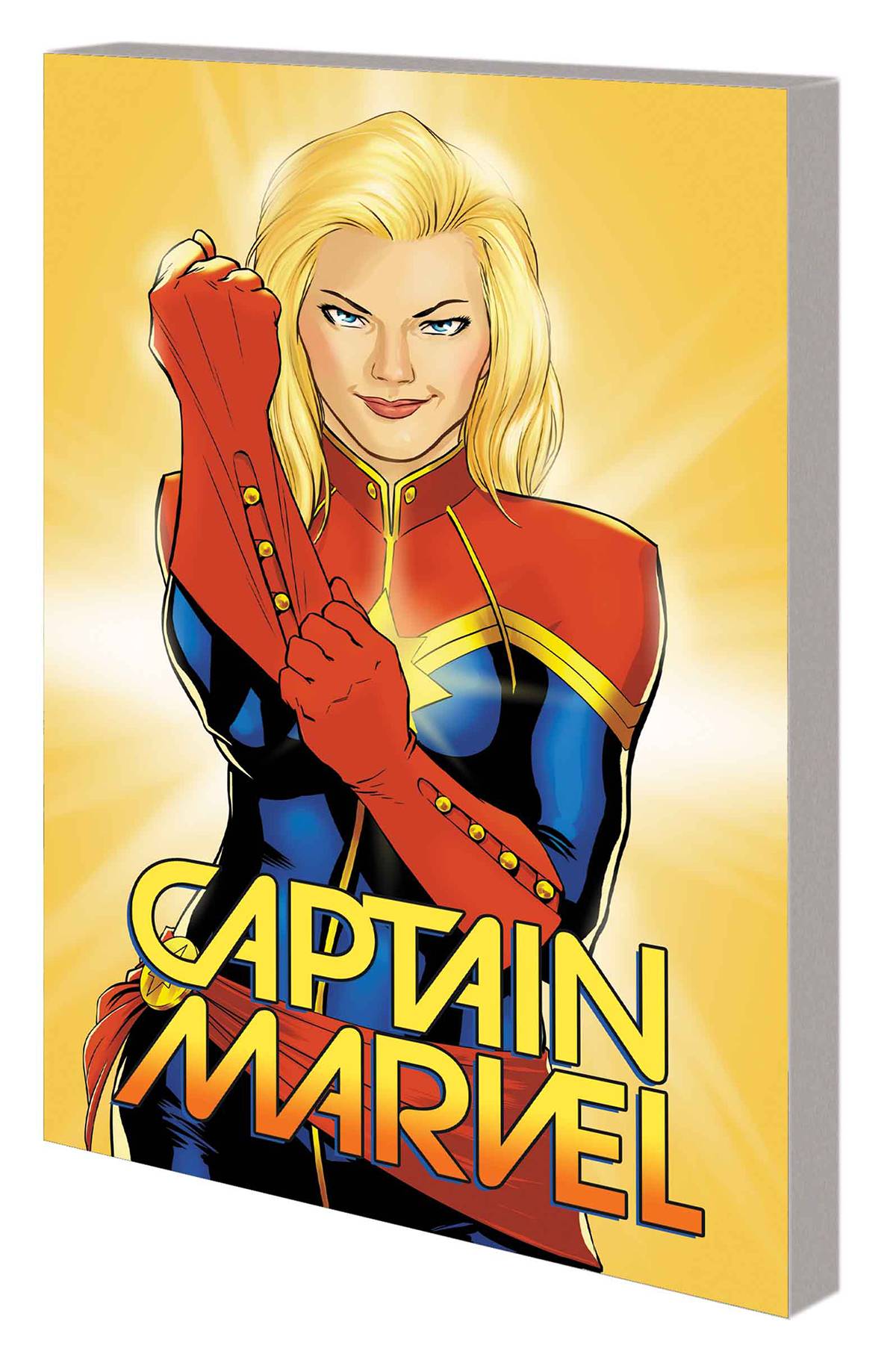 #
JUL140729
(W) Kelly Sue DeConnick (A) David Lopez (CA) TBD
Hero! Pilot! Avenger! Captain Marvel, Earth's Mightiest Hero with an attitude to match, is launching headfirst into an all-new adventure! As Carol Danvers comes to a crossroads with a new life and new romance, she makes a dramatic decision that will alter the course of her life - and the entire Marvel Universe - in the months to come. But as Carol takes on a mission to return an alien girl to her homeworld, she lands in the middle of an uprising against the Galactic Alliance and the Spartax! Investigating the forced resettlement of Rocket Girl's people, Carol discovers that she has a history with the man behind the plot. But when the bad guy tries to blackmail Carol and turn the Avengers against her, it's payback time! Guest-starring the Guardians of the Galaxy! Collecting CAPTAIN MARVEL (2014) #1-6.
Rated T+
In Shops: Oct 08, 2014
SRP: $17.99
View All Items In This Series
ORDER WISH LIST