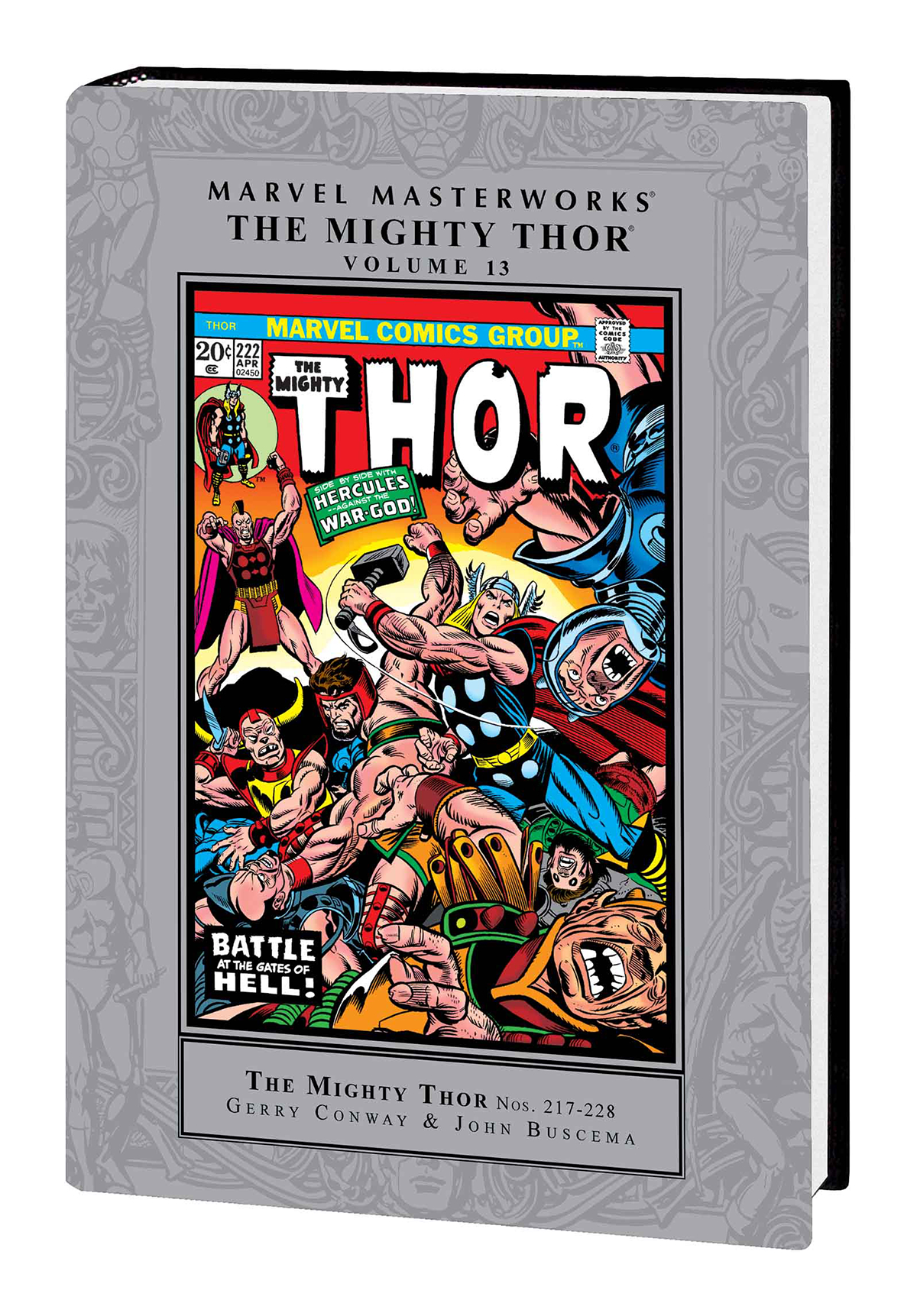 JUL140720
(W) Gerry Conway (A) Various (CA) Gil Kane
Prepare to behold one of the greatest sagas in the annals of Asgard when the Mighty Thor teams up with Hercules! It's page after page of boasts, battles and broken bones as the two titans fight their way into Pluto's underworld to save the lovely Krista! And that's not all we have in store for you: Thor, Sif and Balder's journey across the cosmos to stop the mysterious Black Stars from destroying the Rigellian homeworld; the unstoppable Destroyer returns; Galactus' herald Firelord makes his debut; and the origin of Ego the Living Planet is revealed! With scripts by Gerry Conway and art by the incomparable John Buscema, there's no doubt they're Marvel Masterworks of the highest order! Collecting THOR (1966) #217-228 and MARVEL TREASURY EDITION #3
Rated T
In Shops: Dec 10, 2014
SRP: $69.99
View All Items In This Series