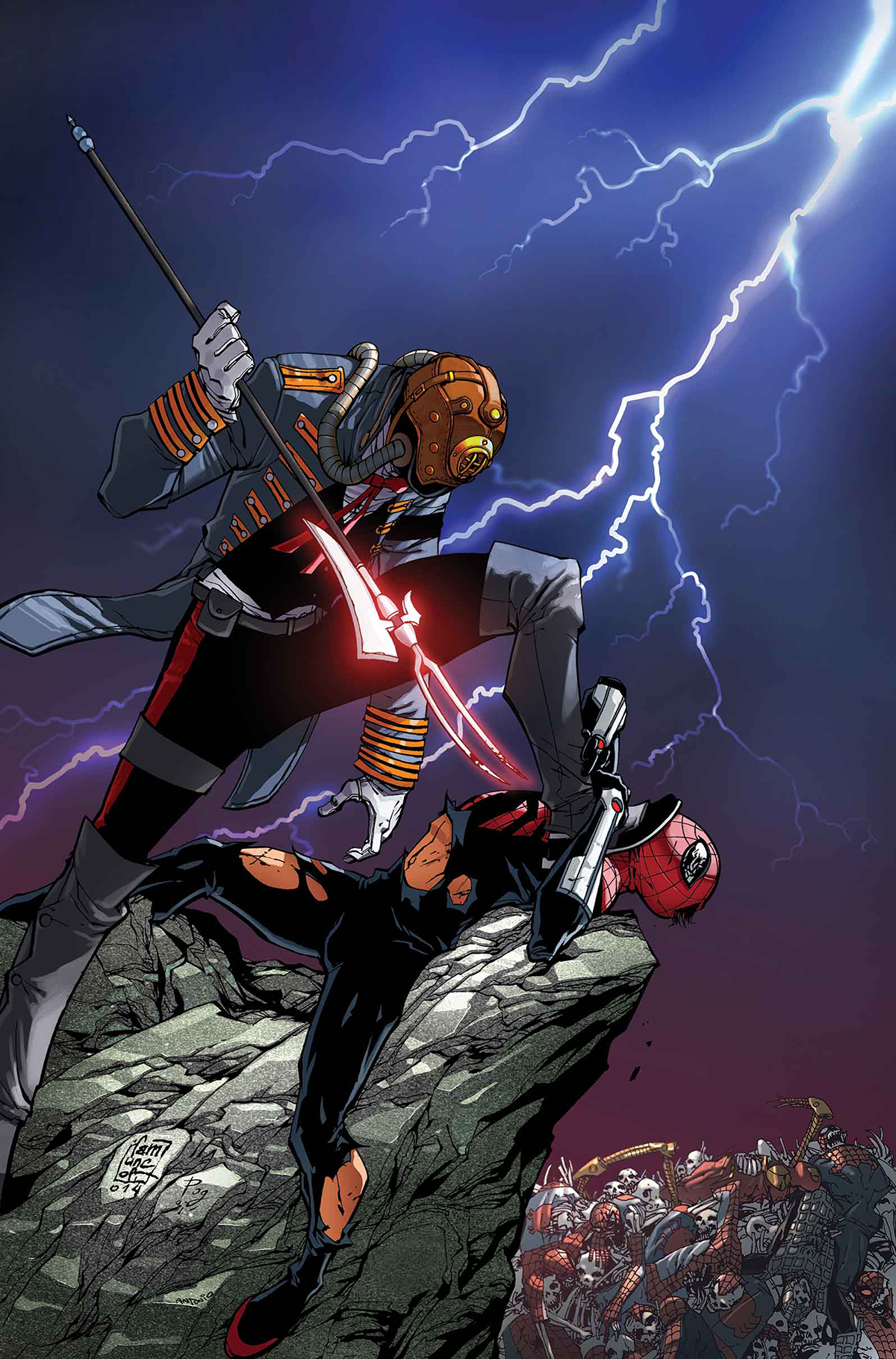 JUL140612
(W) Dan Slott, Christos N. Gage (A) John Dell, Miguel Angel Sepulveda (A/CA) Giuseppe Camuncoli
EDGE OF SPIDER-VERSE
•  The Superior Spider-Man takes the fight to Karn, the man working his way through the multiverse, leaving a trail of dead spiders in his wake, but finds himself hopefully over-powered.
•  Can Sup' Spidey find enough allies to make a dent in Karn?
Rated T
In Shops: Sep 17, 2014
SRP: $4.99
View All Items In This Series