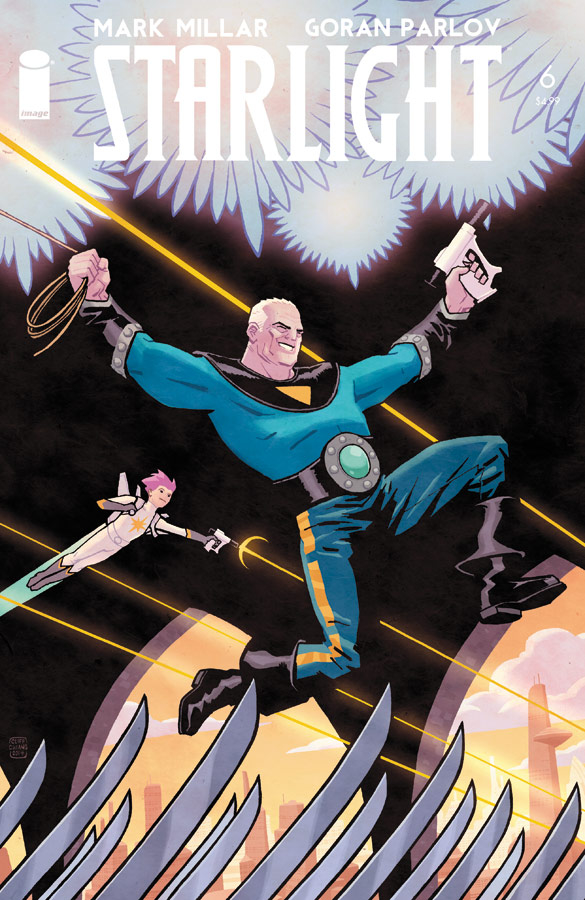 JUL140578
(W) Mark Millar (A) Goran Parlov (CA) Cliff Chiang
Duke, Space-Boy, and their rebel friends face off in their final, defining battle against the Brotean regime. But there's been a traitor in their midst, and their plans aren't all they're cracked up to be. It's not only their lives in the balance, but the future of the entire planet Tantalus. Millar and Parlov's space epic concludes here!
In Shops: Oct 22, 2014
SRP: $4.99
View All Items In This Series