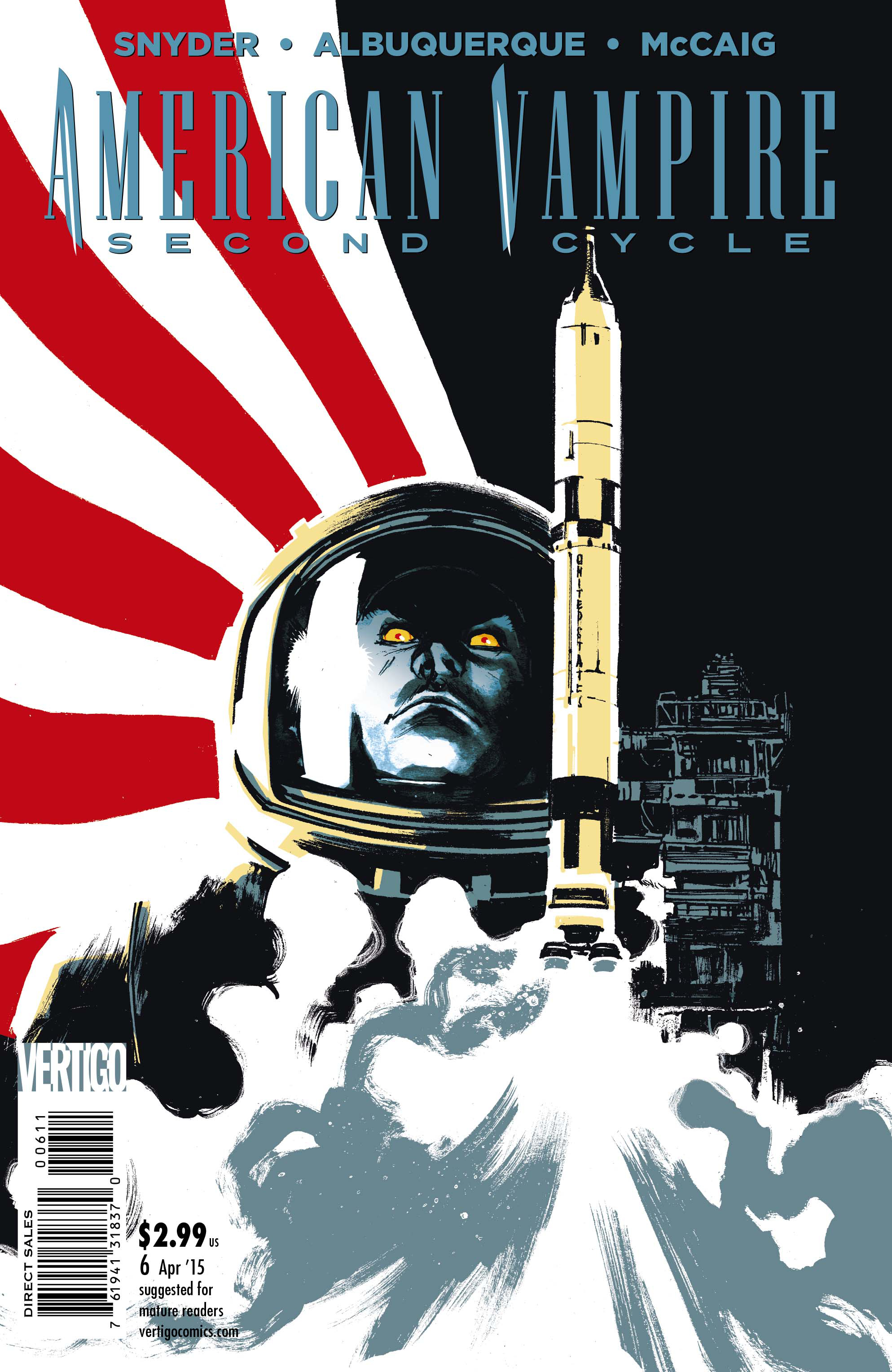 JUL140268
(W) Scott Snyder (A/CA) Rafael Albuquerque
Vampires in space? It's 1965. Pearl and Skinner escaped The Gray Trader with more questions than answers, and their search for clues leads them to...NASA! You've never seen vampires like this before, as the second major story arc of AMERICAN VAMPIRE: SECOND CYCLE begins!
In Shops: Feb 04, 2015
SRP: $2.99
View All Items In This Series