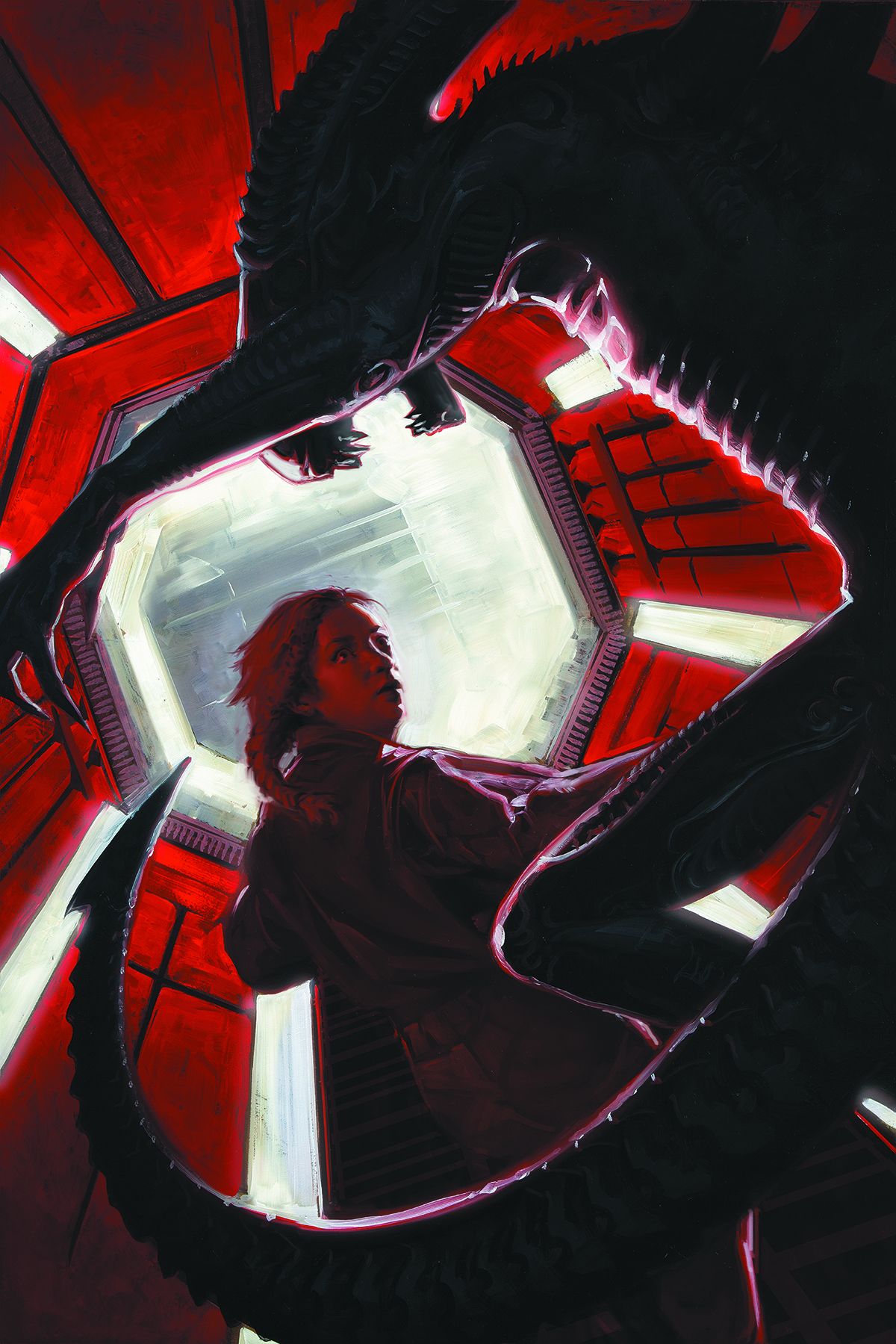 JUL140054
(W) Chris Roberson (A) Patric Reynolds (CA) David Palumbo
During a vicious xenomorph outbreak, terraforming engineer Derrick Russell leads a desperate group of survivors onto a rickety mining vessel. They hope to escape the creatures overrunning their colony-but they'll face horrors both in space and on the strange planet they crash on. Ties in with the Prometheus and Aliens films!

o First issue in an exciting direction for Aliens!