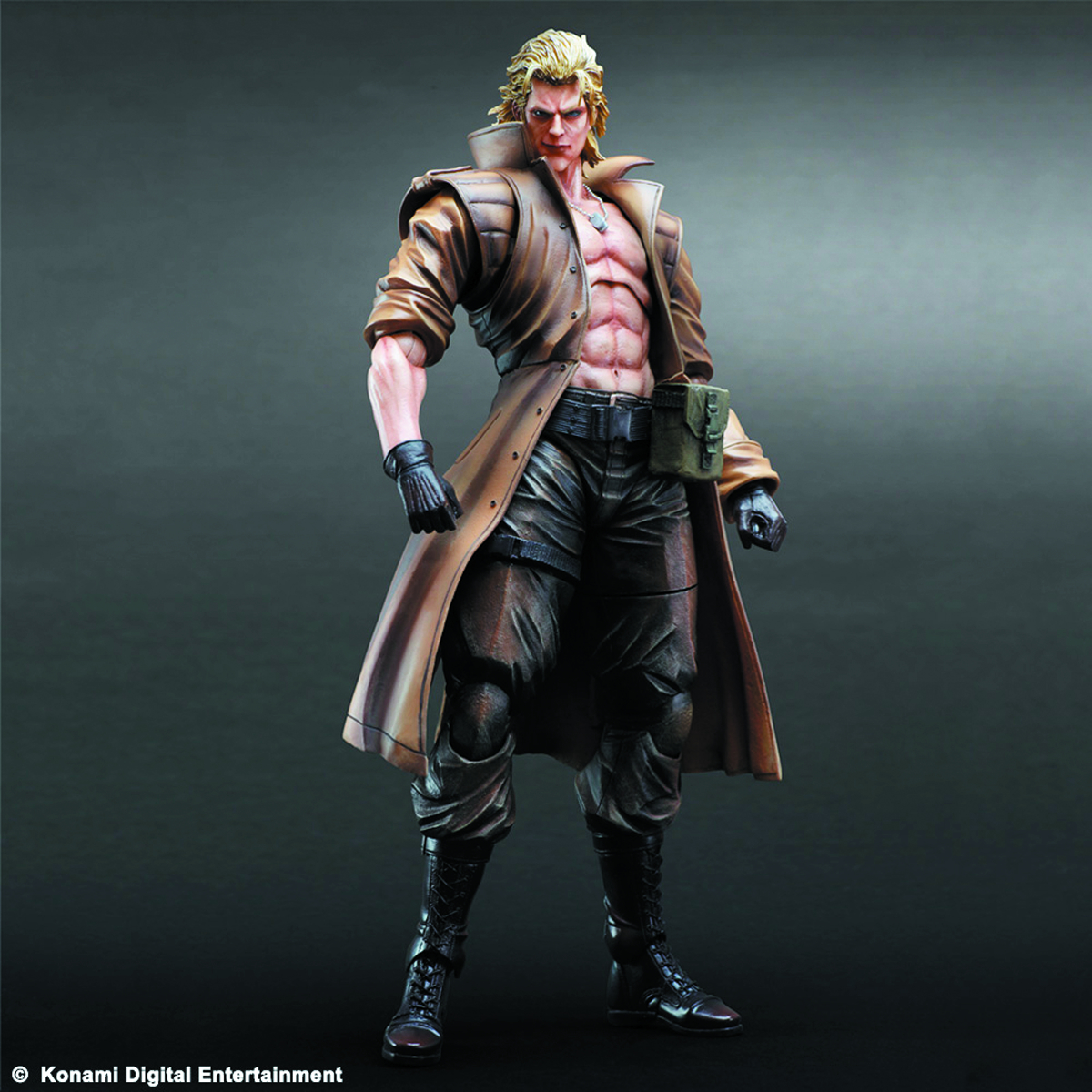 JUL132005
From Square Enix! Fully inspected from prototype creation to production photography by Yoji Shinkawa, Art Director of the Metal Gear Solid series, comes the new realization of Metal Gear Solid as Play Arts ~Kai~ figures! The smallest of details were fully realized in sculpt, paint, and articulation to create these, the ultimate versions of Liquid Snake and Raiden in action figure form! Be sure to collect all of the figures in this line to celebrate the 25th anniversary of the Metal Gear series! Each figure comes with interchangeable hands, weapons parts, and a display stand! Window box packaging.