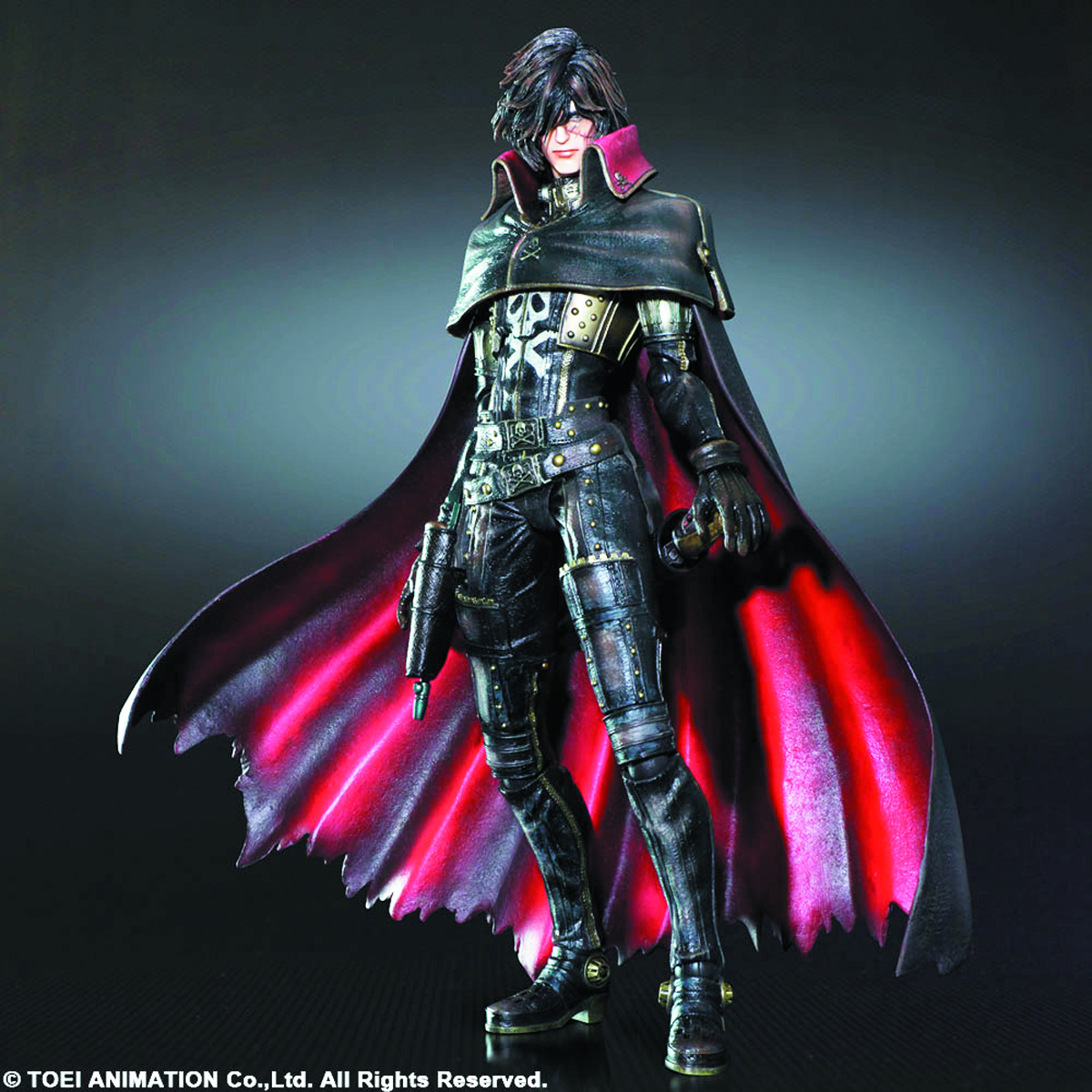 JUL131969
From Square Enix! From the upcoming CGI film Space Pirate Captain Harlock - based on Leiji Matsumoto's classic 1970s anime, Captain Harlock - Harlock, the swashbuckling romantic hero, along with his second in command, the beautiful and spirited Kei Yuki are on deck for the Play Arts ~kai~ line! Harlock comes with an attachable "Mr. Bird" accessory for his shoulder. Each figure comes with interchangeable hands, weapons and display stand! Window box packaging.