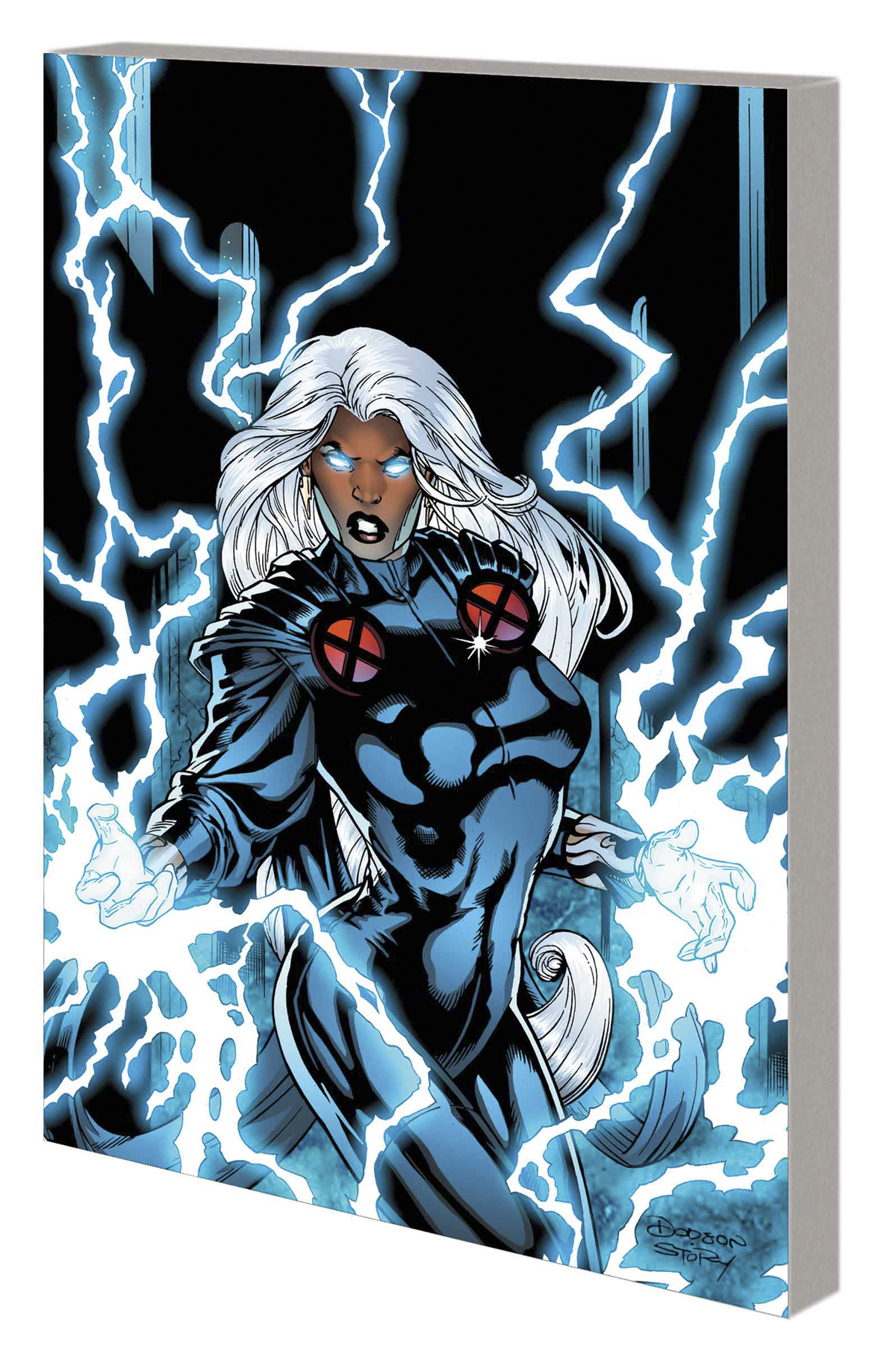 JUL130722
(W) Warren Ellis (A/CA) Terry Dodson
Long ago, Storm won leadership of the underground mutant community known as the Morlocks. But her reign was a distant one, and Storm's neglected subjects grew increasingly embittered. Ultimately, the mad Mikhail Rasputin swept the Morlocks away into another dimension - a harsh realm where time ran much faster than normal. There, the next generation of Morlock children came of age, hard and cold and bitter. They returned as a terrorist unit called Gene Nation, and Storm nearly had to slay their leader Storm seeks a new balance in her life. But when she is abducted to Mikhail's brutal dimension, can Storm prevail against the living reminders of her failure? Or will the sins of her past drag her down? Collecting STORM (1996) #1-4.
In Shops: Oct 09, 2013
SRP: $19.99
ORDER WISH LIST