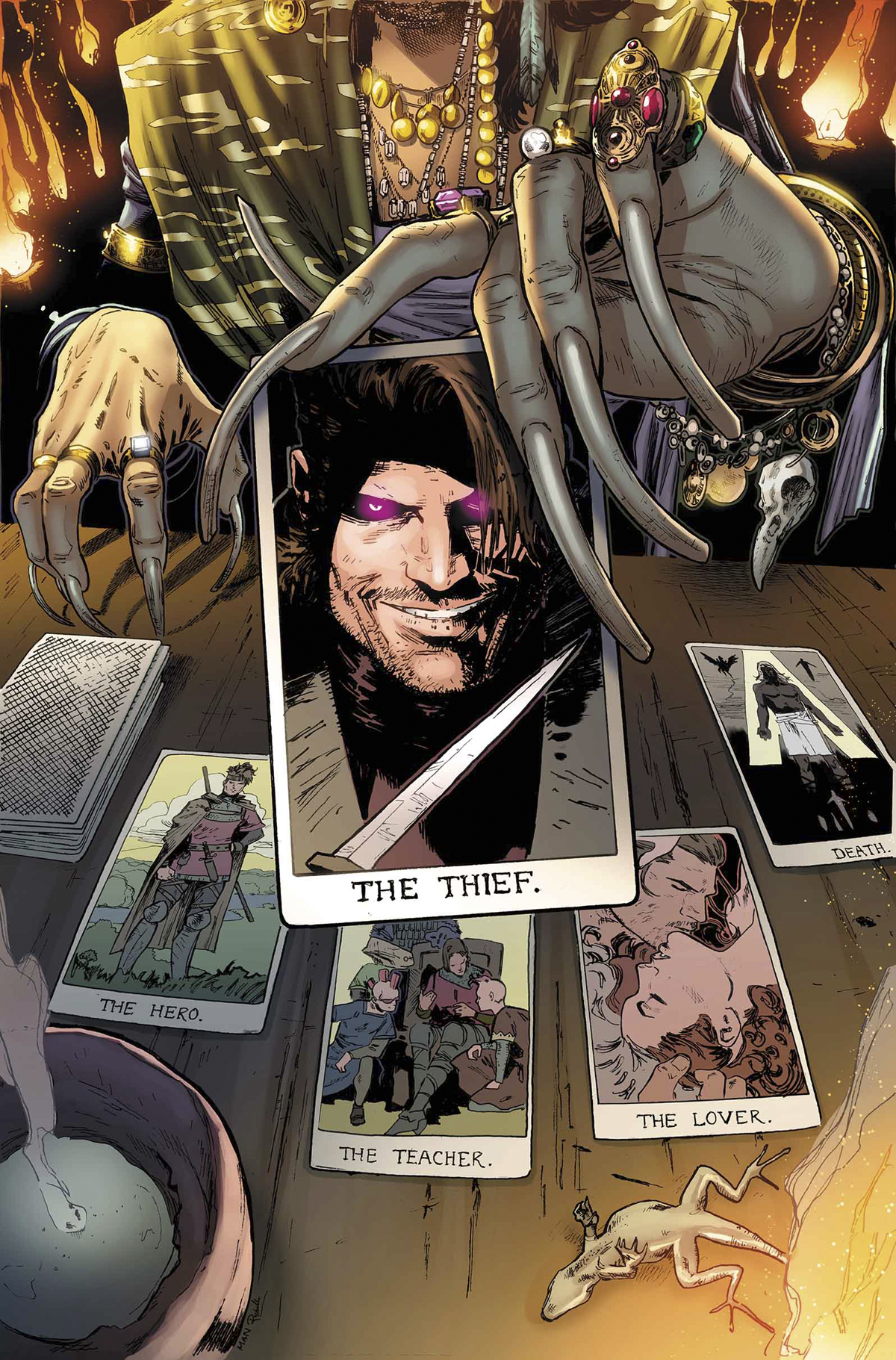 JUL130681
(W) James Asmus (A/CA) Clay Mann
• Gambit's latest solo series reaches its climactic conclusion!
•  Torn between his separate lives - mutant hero and master thief - Gambit is forced to make a choice between the two, with major consequences for what comes next!
•  But he better make his choice fast - because he's trapped at the center of a deadly super-villain riot! (And a few of them may have scores to settle with Gambit himself.)
In Shops: Sep 25, 2013
SRP: $2.99
View All Items In This Series
ORDER WISH LIST