ACG COLL WORKS OUT OF THE NIGHT HC VOL 01 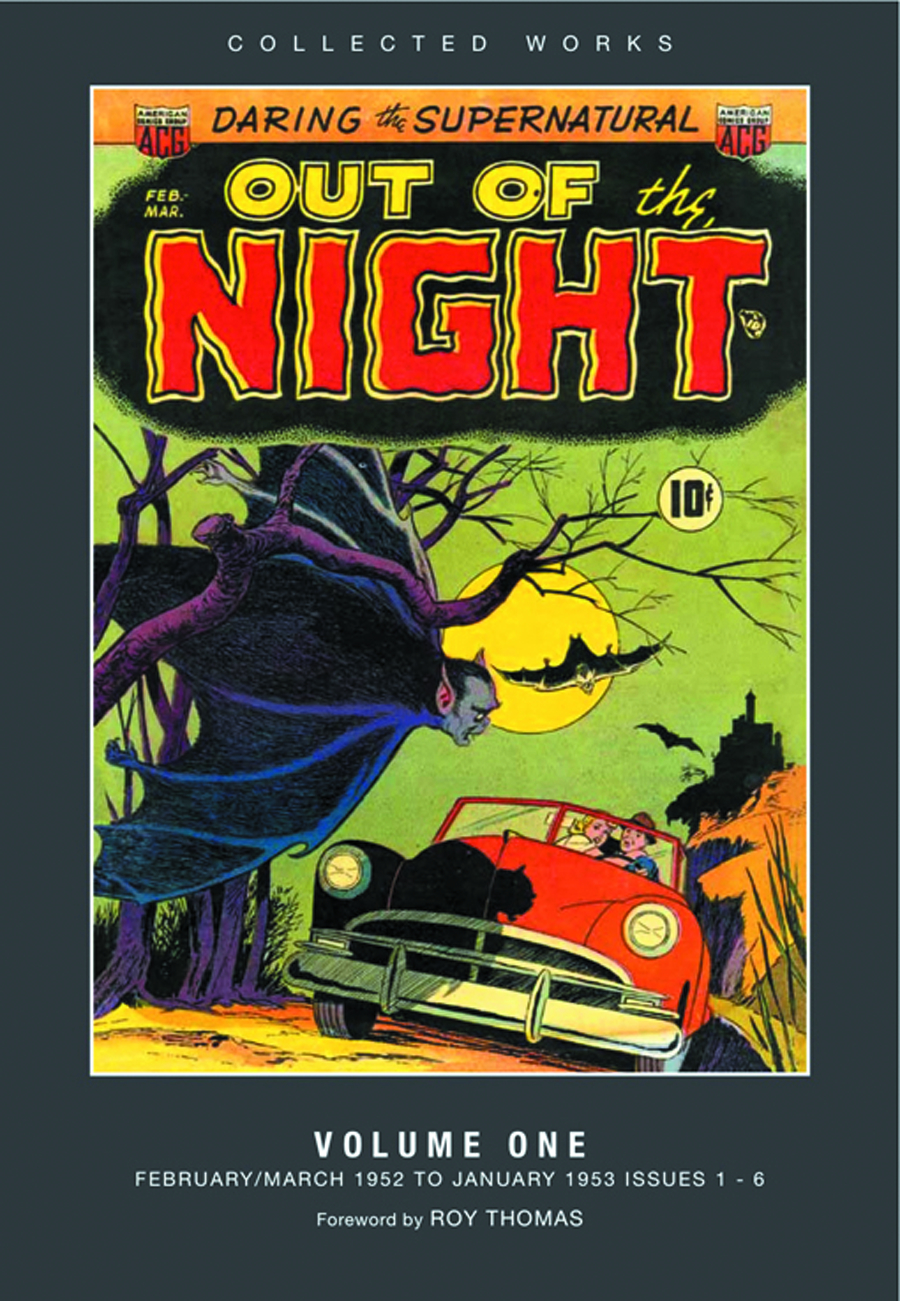 JUL121187
(W) Roy Thomas, Richard E. Hughes (A) Charlie Sultan, Jon Blummer, Paul Gattuso, Milt Knoff, George Klein, George Wilhelms, Al Camy, Bill Molno, Lou Cameron, Frank Frazetta, Charles Nicholas, Harry Lazarus, Frank Simienski (CA) Ken Bald
Ah those were the days, when American comic book racks and spinners were full to bursting with a wealth of gaudily colored classics boasting vampires, cannibalistic aliens and bloated corpses. Get the door locked and leave the lights on. That sound akin to the wind in the grate could be something else, something entirely different. Daring and supernatural tales featuring featuring issues #1-6 from February/March 1952 to January 1953 of the ACG classic Out Of The Night.