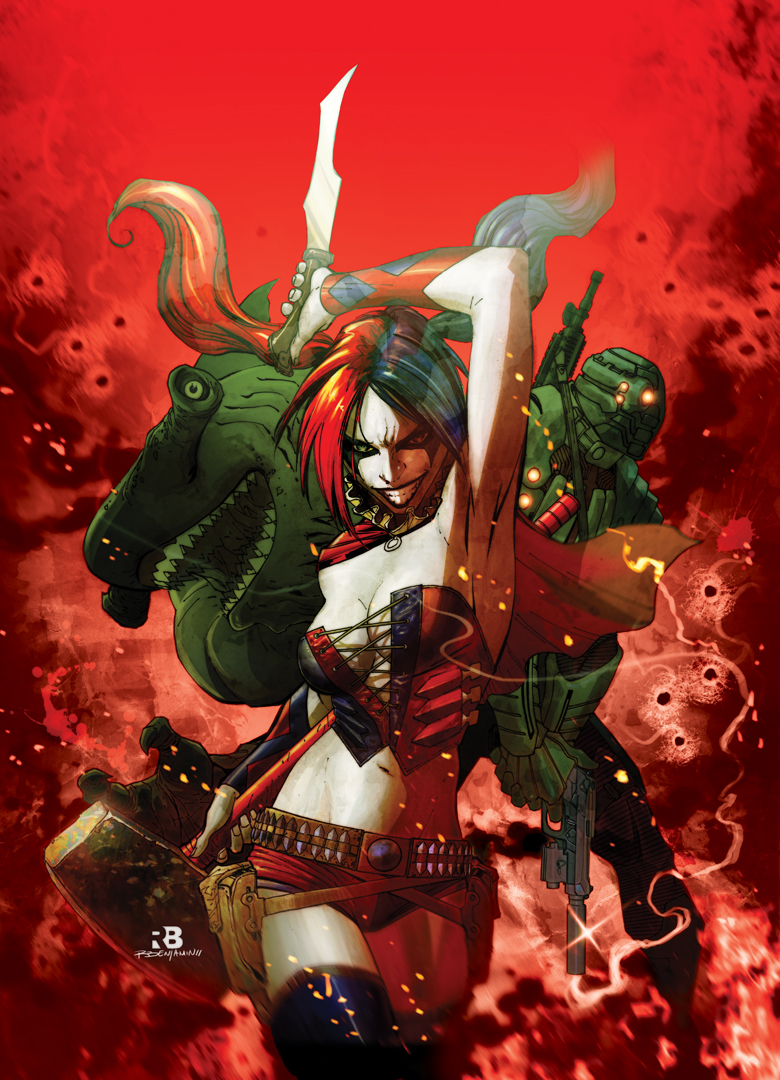 JUL118230
(W) Adam Glass (A) Marco Rudy (CA) Ryan Benjamin
Written by ADAM GLASS
Art by MARCO RUDY
Cover by RYAN BENJAMIN
They're a team of death-row super villains recruited by the government to take on missions so dangerous - they're sheer suicide!
Harley Quinn! Deadshot! King Shark! Defeated and imprisoned, they're being interrogated about their mission - and about who's pulling the strings behind this illegal operation. Who will be the first to crack under the pressure?