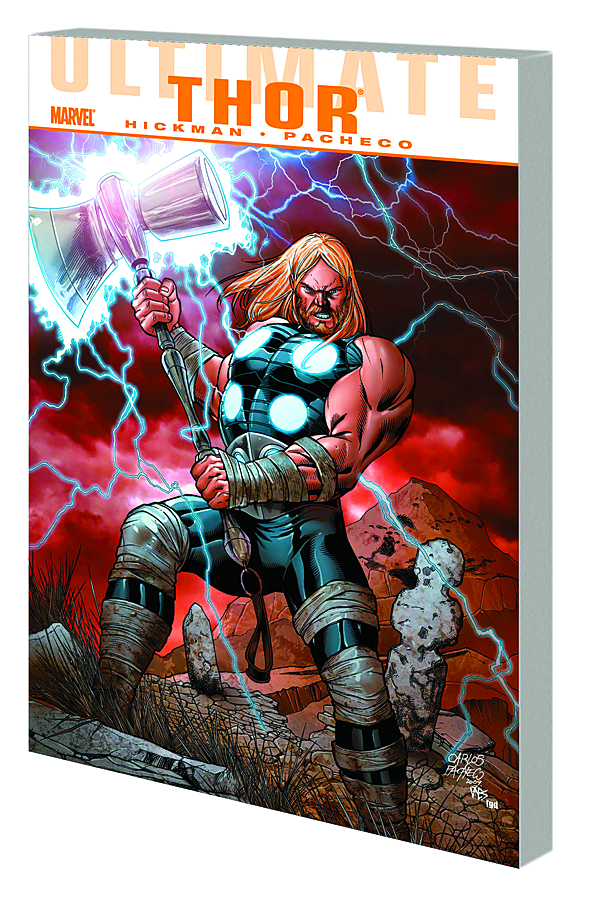 JUL110747
(W) Jonathan Hickman (A/CA) Carlos Pacheco
Written by JONATHAN HICKMAN
Penciled by CARLOS PACHECO
Cover by CARLOS PACHECO
"Do you lack faith, brother...or do you believe?" Loki has warned of it, and now Ragnarok has arrived. And with it comes betrayal, death and the destruction of fabled Asgard! But what connects the battle that forever rages against the Norse godhood with a Zemo-led Nazi plot set in 1939? And what secrets lie inside the mind of a man enrolled in the European Super-Soldier Program and deemed mentally unstable by scientists? These three story strands merge in a masterful narrative full of excitement and drama - with action that takes readers from Midgard to Valhalla while exploring the origin of Thor and the majesty of fabled Asgard! Collecting ULTIMATE COMICS THOR #1-4.