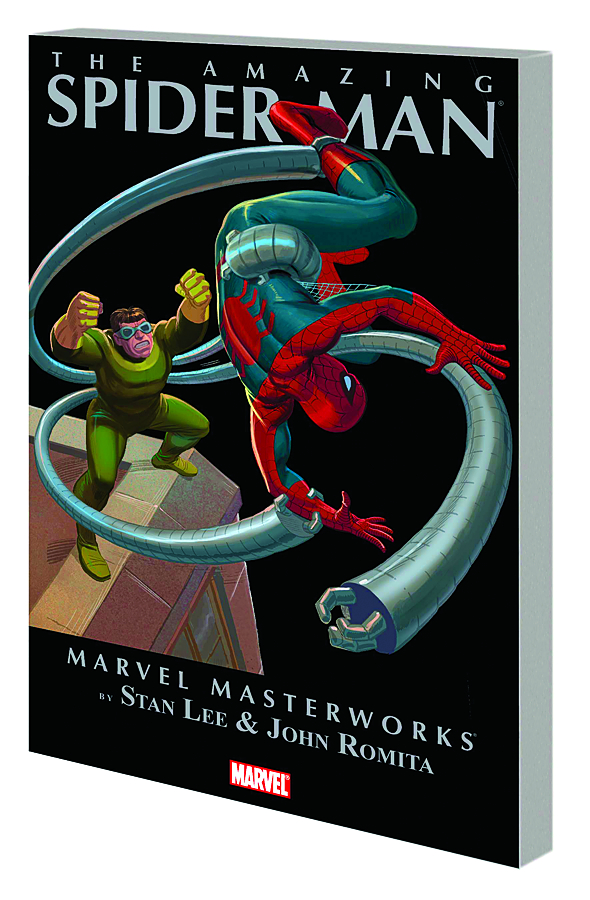 JUL110715
(W) Stan Lee (A) Various (CA) John Romita Sr., Dean White
Written by STAN LEE
Penciled by JOHN ROMITA with DON HECK & LARRY LIEBER
Cover by JOHN ROMITA & DEAN WHITE
Take another swing through the life of the Amazing Spider-Man! Peter Parker's been taken to the edge, and he's come back - but now he faces the Kingpin! And the boss of New York City's crime scene doesn't just have it in for Spider-Man, he's looking to deep-six both Spidey and Mr.-Hugs-and-Kisses himself, J. Jonah Jameson. Will the web-slinger save the day, or will he do a favor for all humanity and let Jonah take a well-deserved dip with the fishes? Then, it's horror on the home front when Peter Parker becomes the third wheel to comics' odd couple. Yes, Aunt May's found a new friend - in the person of Dr. Otto Octavius! Yowza! While a klonk on the head may help Spidey forget that one, teaming up with Doc Ock isn't going to improve his image as public Enemy No. 1! Also featuring a rumble in the urban jungle with Ka-Zar, the return of Jolly Jonah's Spider-Slayer, the first appearance of Captain Stacy, plenty of go-go dancing by the gorgeous Mary Jane Watson and Gwen Stacy, and a huge Hollywood SPIDER-MAN ANNUAL adventure with the Human Torch! You know the drill if you wants the thrills: Reserve your copy today, True Believer! Collecting AMAZING SPIDER-MAN (1963) #51-61 and ANNUAL #4.