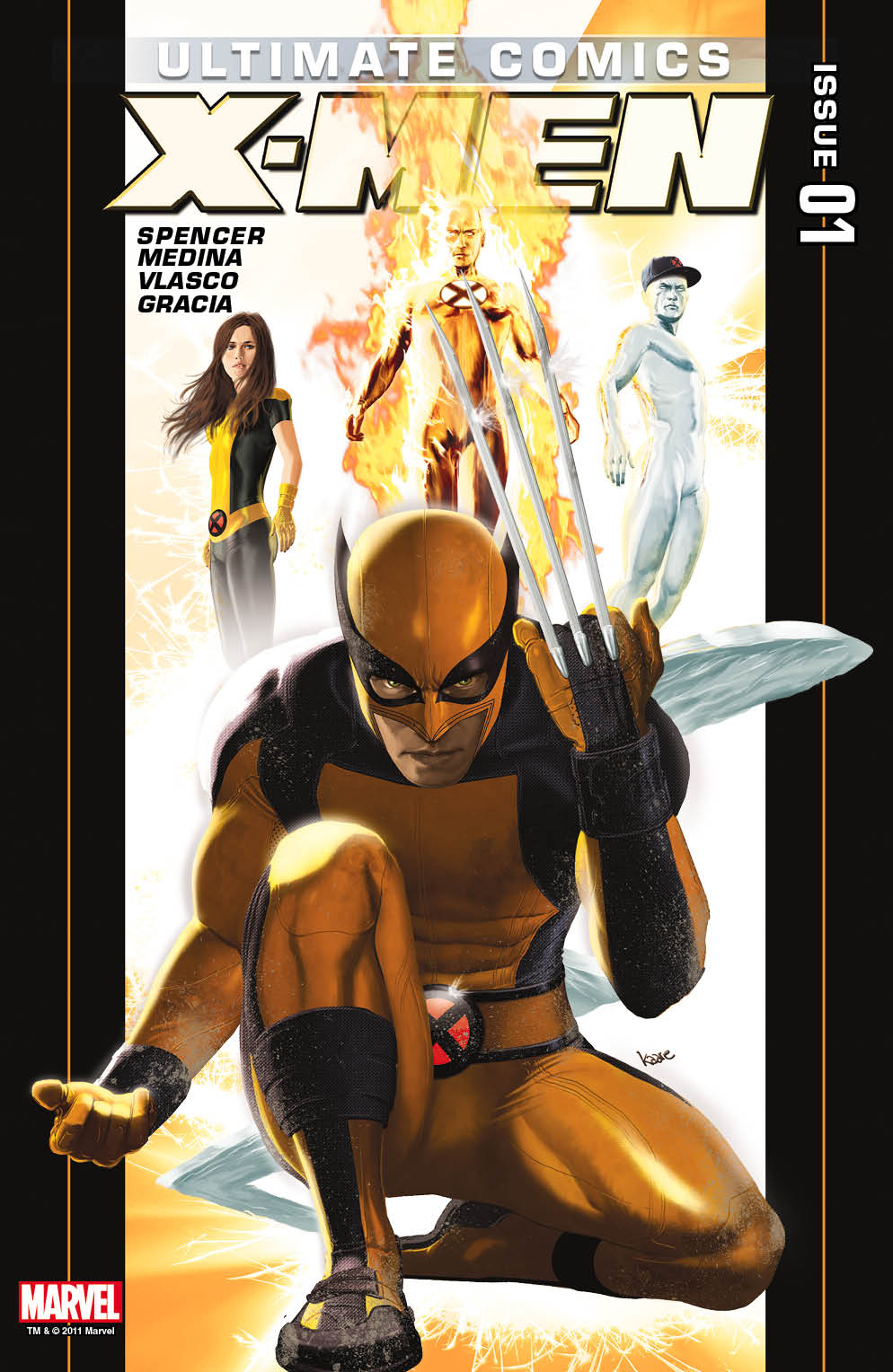 JUL110608
(W) Nick Spencer (A) Paco Medina (CA) Kaare Andrews
Written by NICK SPENCER
Penciled by PACO MEDINA
Cover by KAARE ANDREWS
(POLYBAGGED)
Variant Cover by Paco Medina
The biggest mutant cover-up has gone public as the true history of the x-gene is revealed.  As an identity crisis rocks the mutant world, the mistrust between man and x-man gets deeper.  But a bigger question remains: who are the X-Men? Nick Spencer and Paco Medina make their thunderous Ultimate debut in one of the most anticipated series yet!