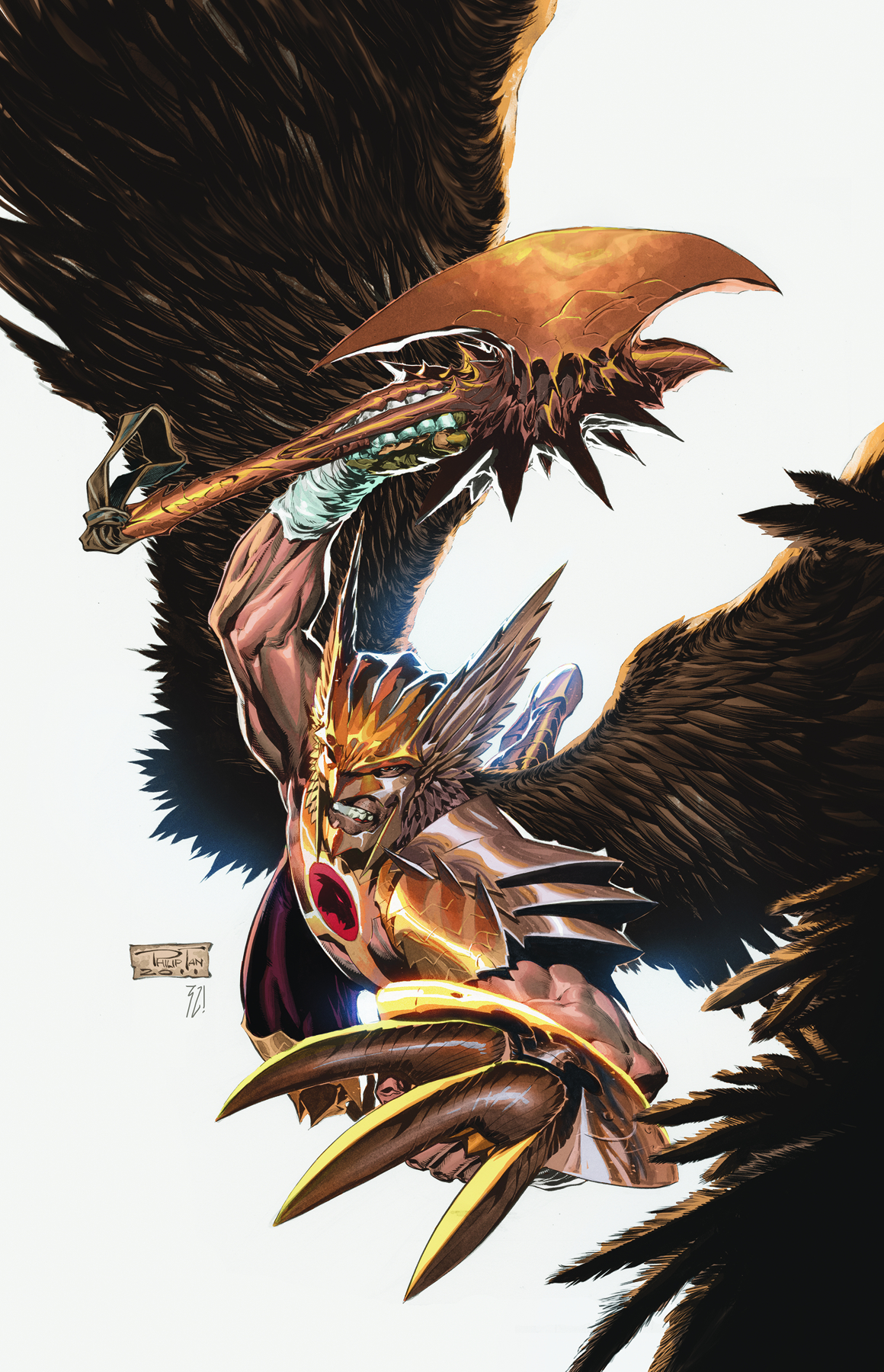 JUL110198
(W) Tony S. Daniel (A/CA) Philip Tan
Written by TONY S. DANIEL
Art and cover by PHILIP TAN
Carter Hall's skill at deciphering lost languages has led him to a job with an archaeologist who specializes in alien ruins - but will the doctor's latest discovery spread an alien plague through New York City? No matter the personal cost, Carter Hall must don his wings and become the new, savage Hawkman to survive! Witness the start of a new action series from writer Tony S. Daniel and artist Philip Tan that will take Hawkman where no hero has flown before!