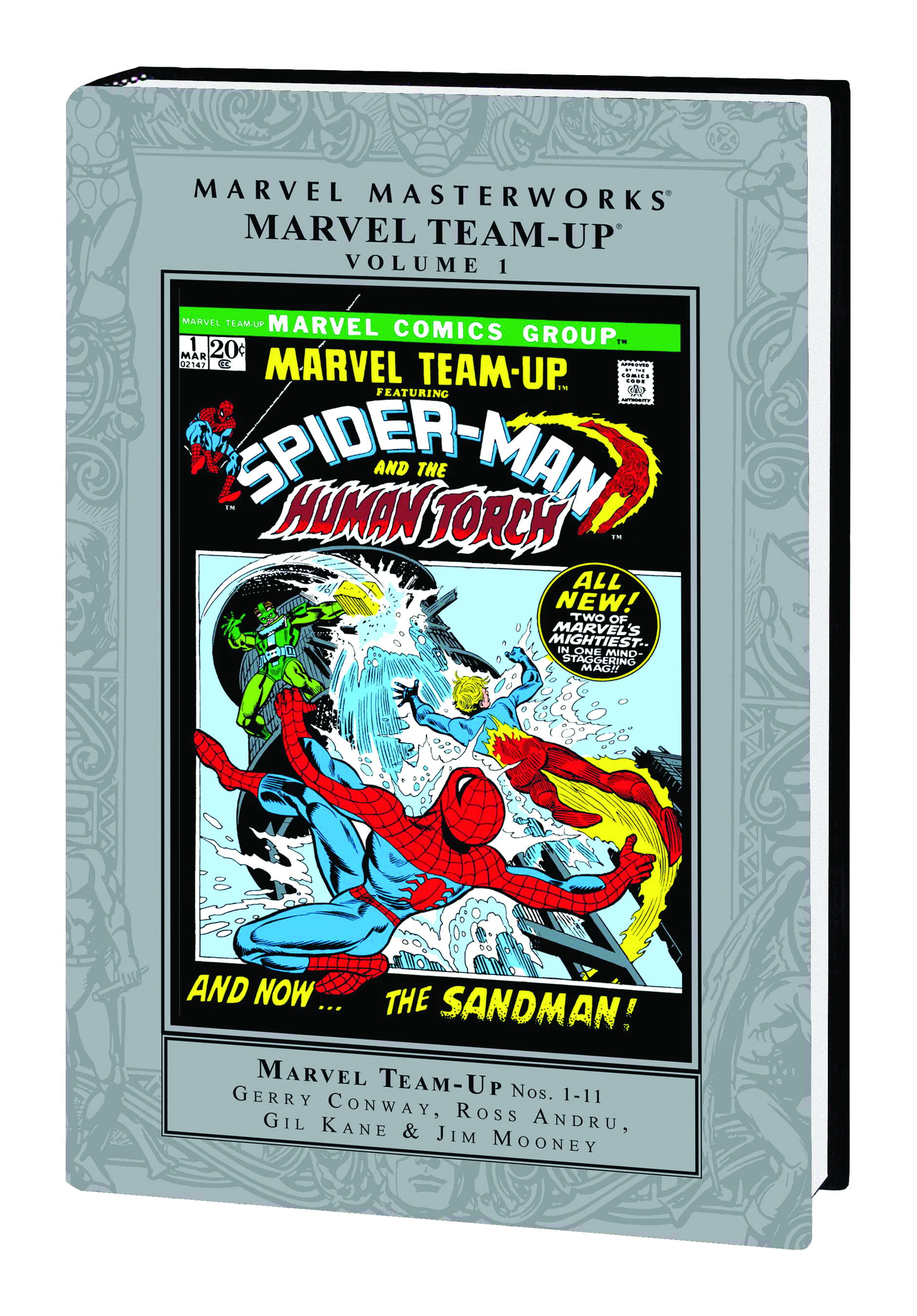 JUL100664
(W) Gerry Conway, Roy Thomas (A) Jim Mooney, Ross Andru (A/CA) Gil Kane
Written by GERRY CONWAY & ROY THOMAS
Penciled by ROSS ANDRU, GIL KANE & JIM MOONEY
Cover by GIL KANE
How better to celebrate a Marvel Masterworks milestone 150th volume than with all Marvel's most-famous characters all piled into one amazing title-Marvel Team-Up! In the world of interconnected heroes that Marvel Comics pioneered, Team-Up made that formula a franchise and gave fans a much-desired double-monthly Spidey fix. Created by the same top-flight talents that brought you Amazing Spider-Man-Roy Thomas, Gil Kane, Gerry Conway, Ross Andru and Jim Mooney-MTU brings Spidey together with the Human Torch, the X-Men, the Vision, the Thing, Thor, the Cat, Iron Man and the Inhumans. That's enough super hero for anybody's diet! And with villains like Kang the Conqueror, Sandman and Morbius for dessert, Team-Up's will have you full-up with classic comic book adventure! Collecting MARVEL TEAM-UP #1-11
248 PGS./All Ages ...$54.99