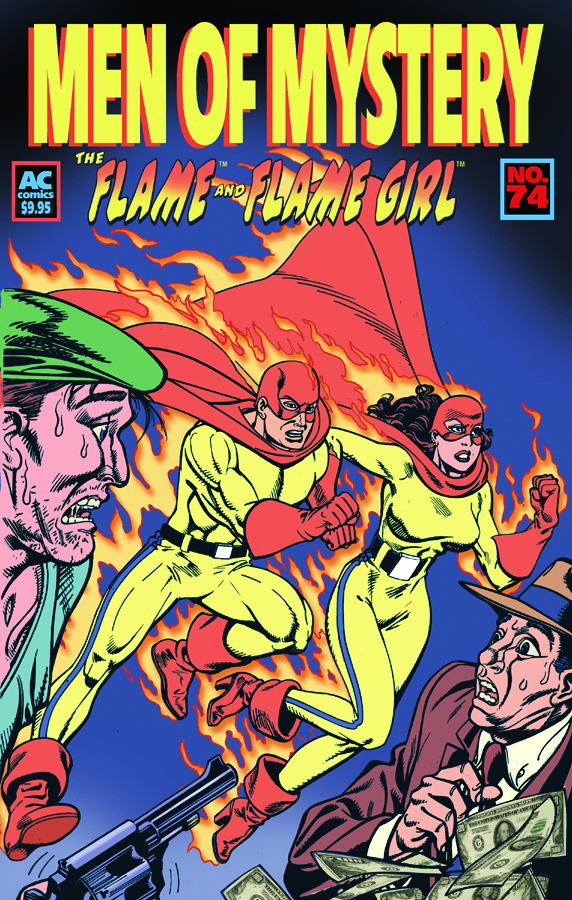 JUL083606
(W) Various (A) Various (CA) Mark G. Heike
by Various
Crimefighting duos were all too common in the Golden Age. Once Robin the Boy Wonder appeared in DC's Batman, the pattern most-imitated was unfortunately set - the adult superhero with the boy sidekick. But this month's issue of Men Of Mystery highlights the more interesting super-teams, those that involve male/female pairings. Read exciting, never previously reprinted exploits of the top guy-and-gal costumed crimefighting duos of the Golden Age, with stories starring Flame and Flamegirl, Bulletman and Bulletgirl, Cat-Man and Kitten, Dollman and Dollgirl, Rocketman and Rocketgirl, and the rarely-seen Boomerang and Diana, along with other surprises! Creators include Otto Binder, William Woolfolk, Charles Quinlan, Al Bryant, and more.