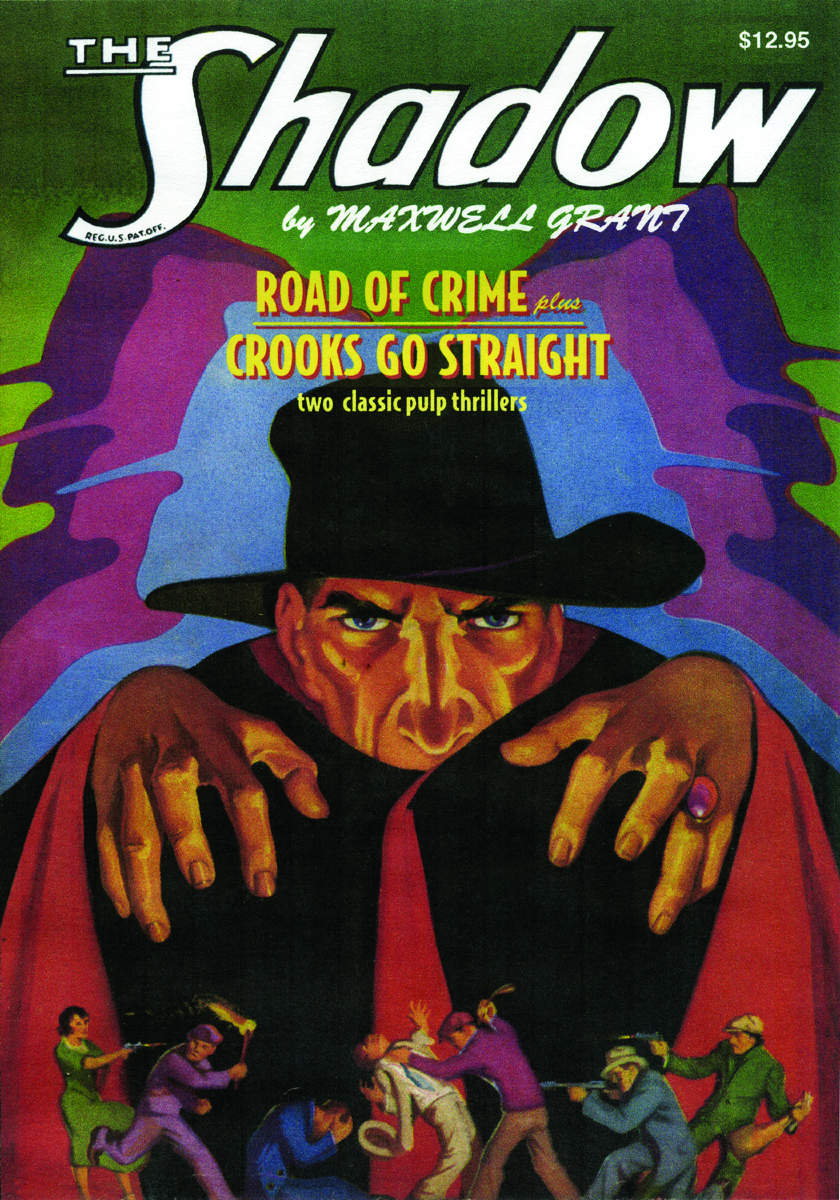 JUL074012
(W) Maxwell Grant Walter Gibson, Ted Tinsley (A) Tom Lovell (CA) George Rozen
"Who knows what evil lurks in the hearts of men? The Shadow Knows!" Nostalgia Ventures' sales-smashing revival of Street & Smith's iconic pulp superheroes continues as the Master Avenger proves that "crime does not pay" in two of Walter Gibson's most intriguing mysteries. In "Road of Crime," a former criminal attempts to reform his life with some unseen help from The Shadow in this tale of redemption. Then, a series of robberies and murders casts suspicion on two supposedly-reformed criminals. Did the "Crooks Go Straight," or has one of them returned to crime? This classic pulp collection also features George Rozen's spectacular pulp covers, all the original interior art by acclaimed illustrator Tom Lovell and historical commentary by popular culture historian Will Murray.