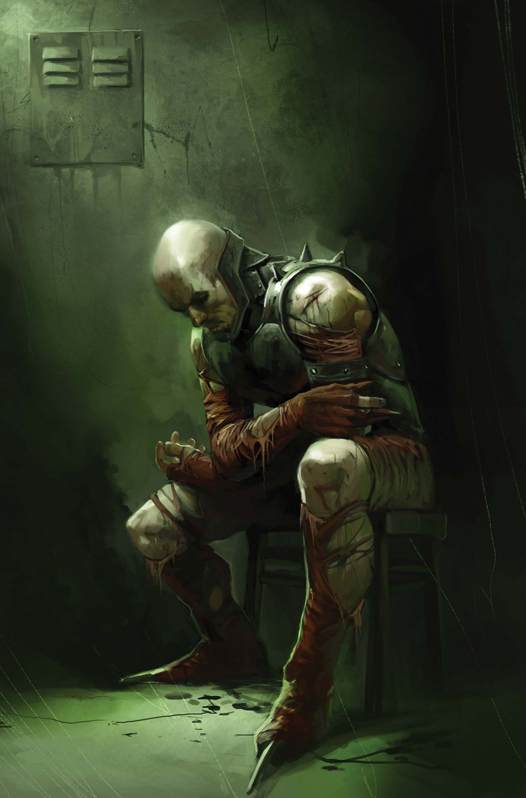 JUL072194
(W) Warren Ellis (A) Mike Deodato (CA) Marko Djurdjevic
Written by WARREN ELLIS
Penciled by MIKE DEODATO
Cover by MARKO DJURDJEVIC
"Caged Angels" continues as we delve into the psyche of the Thunderbolts' most elusive member, Penance, the man formerly known as Speedball. While Thunderbolts Mountain remains in a perpetual state of discord, the greater chaos might be within Robbie Baldwin's own mind!