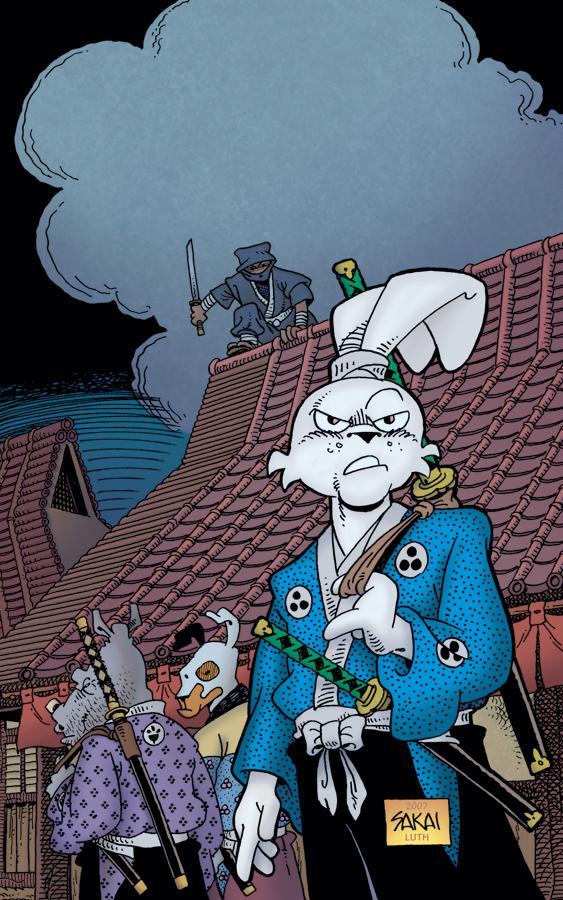 JUL070017
(A) Stan Sakai
Boss Bakuchi, eager to avenge the death of his son, has placed an extraordinarily large reward on the head of Inazuma. By doing so, he has signed the death warrant for more than a few greedy bounty hunters, as Inazuma is actually possessed by the terrible demon Jei, The Black Soul!
Wounded and relentlessly pursued, Inazuma has retreated to a peasant's hut. It is there that Gen and Stray Dog encounter the mysterious samurai, along with a band of competing bounty hunters. Desperate to win their reward, and none too interested in sharing it, Gen and Stray Dog soon find themselves at the heart of a heated battle. Rarely impressed by the skills of other warriors, the two bounty hunters are nothing short of awestruck upon witnessing Inazuma's skills.
Then, just as this deadly brawl is about to escalate out of control, the rabbit ronin Usagi arrives!