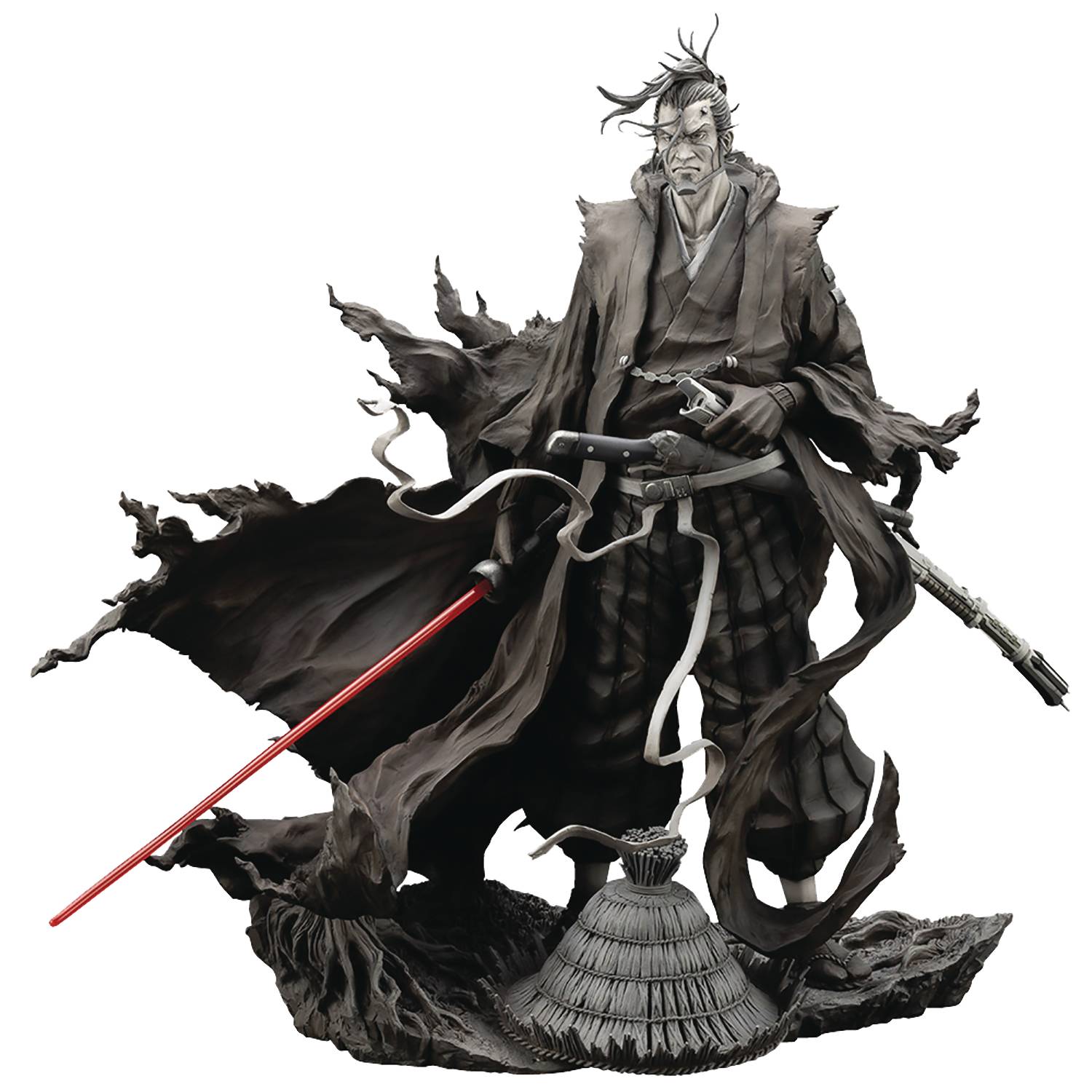 # # # # # # # #
JAN228861
From Kotobukiya. Star Wars: Visions, an anthology of animated short films celebrates Star Wars through the lens of the world's best anime creators and storytellers. The Duel, an animated short by studio Kamikaze Douga, captivates audiences with groundbreaking visuals and intense action. Masterfully sculpted in 1/7-scale the Ronin stands in a stoic pose brandishing a lightsaber aglow with vibrant red from the imbedded Kyber Crystal. Every detail from the Ronin's character design has been painstakingly replicated down to the prosthetic jaw support, his arsenal of two lightsabers and blaster and the billowing robes of his attire, which were designed to resemble those of a kimono in Japanese culture.