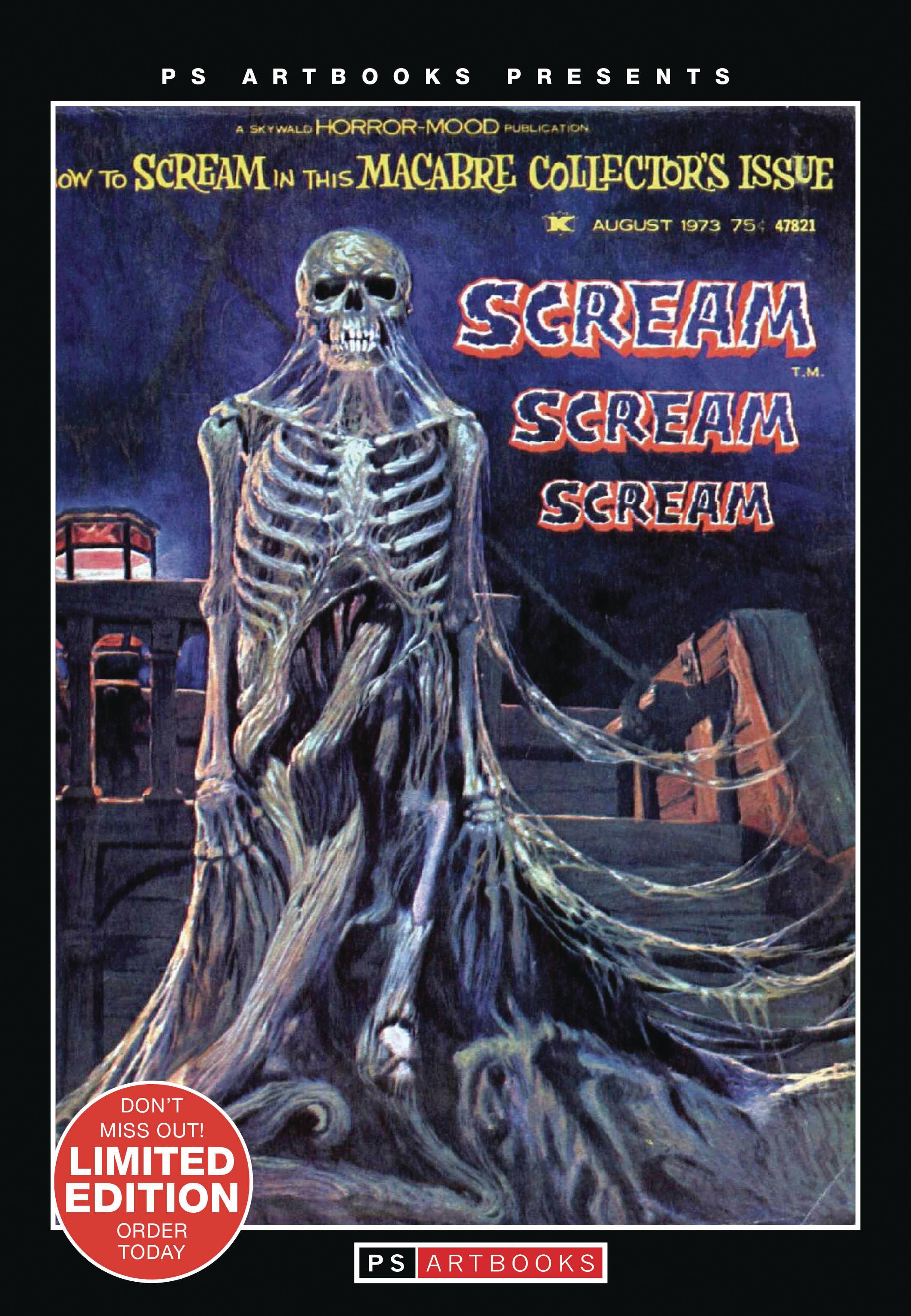 #
JAN221592
(W) Al Hewetson (A) Gray Morrow, Martin Nodell, Stephen Hickman, Everett Raymond Kinstler, Alan Weiss
Skywald's Scream #1, according to Al Hewetson's introduction, was in response to readers' opinions as expressed in the "Bunch of Questions" survey and was first published as a black-and-white comic magazine in August 1973. If you're brave enough take a peek, we've got "The Strange Painting Of Jay Crumb," a spoof on underground cartoonists Jay Lynch & Robert Crumb by Felipe de la Rosa; "The Comics Macabre," by Al Hewetson and Maelo Cintron featured characters based on Seduction Of The Innocent author Fredric Wertham and Comics Code Authority president Len Darvin as well as Al Hewetson, Herschel Waldman, and other Skywald staffers.
In Shops: Aug 10, 2022
SRP: $18.99
View All Items In This Series
ORDER SUBSCRIBE WISH LIST