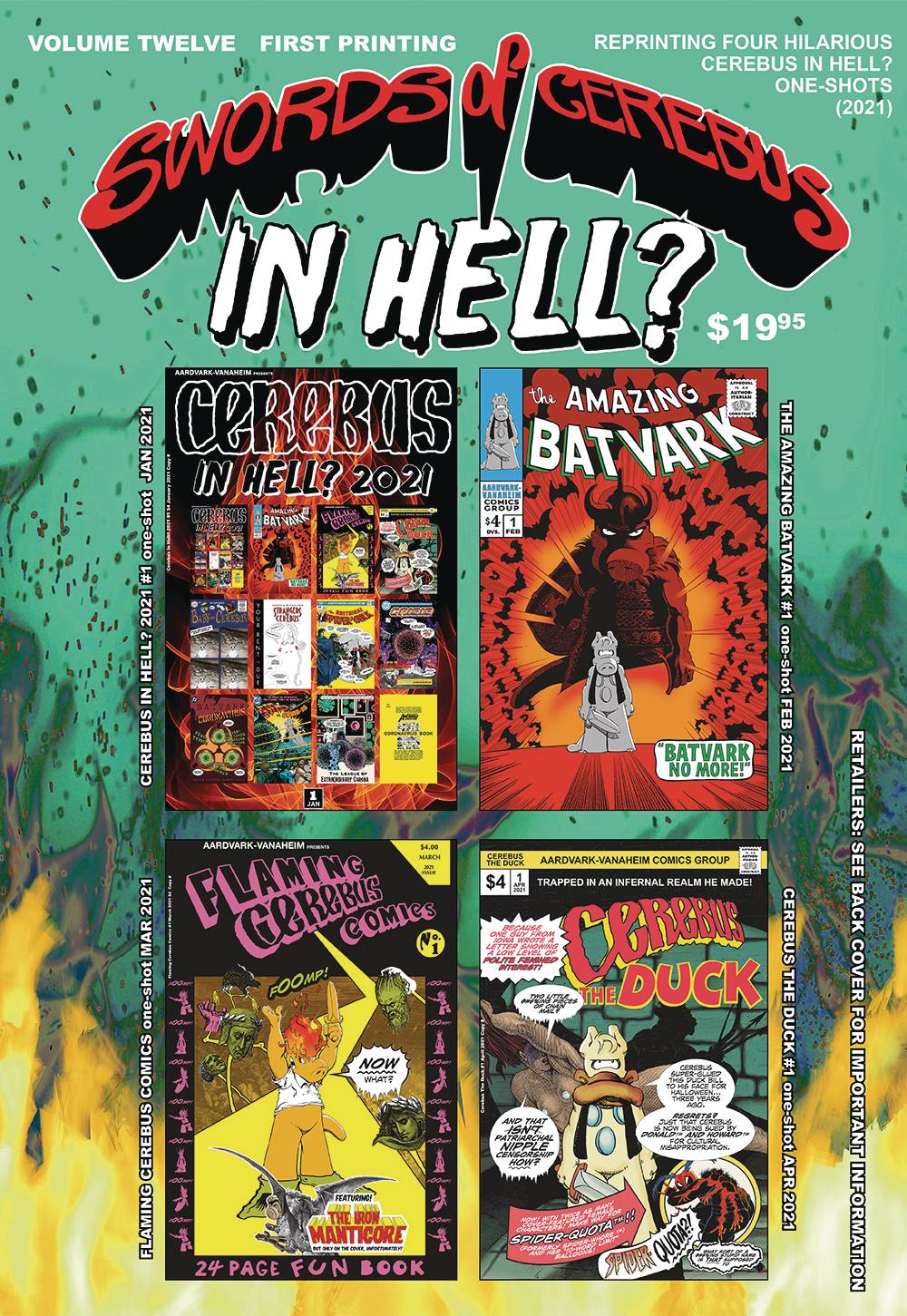 #
JAN221097
(W) Dave Sim, Benjamin Hobbs, David Birdsong, Sean Michael Robinson, Matt Dow, Chris Johnson (A/CA) Gustave Dore, Dave Sim, Benjamin Hobbs, David Birdsong, Sean Michael Robinson
Further collecting Cerebus' adventures in Hell? (with a question mark)! Relive 2021 all over again by reading the Cerebus in Hell 2021 Preview Calendar issue! Marvel at the giant symbolic Batvark and the tiny little former Batvark on the cover of The Amazing Batvark #1 that actually appear that way in "Batvark No More!" Expect the unexpected in Flaming Cerebus #1 as Cerebus decides to run for Prime Minister of Canada four years ahead of time after failing to get as many seats as the Green Party in the 2019 Canadian Federal Election. Meet Beverly Swizzle Stick and Cerebus the Duck!
In Shops: Apr 13, 2022
SRP: $19.95
View All Items In This Series
ORDER SUBSCRIBE WISH LIST