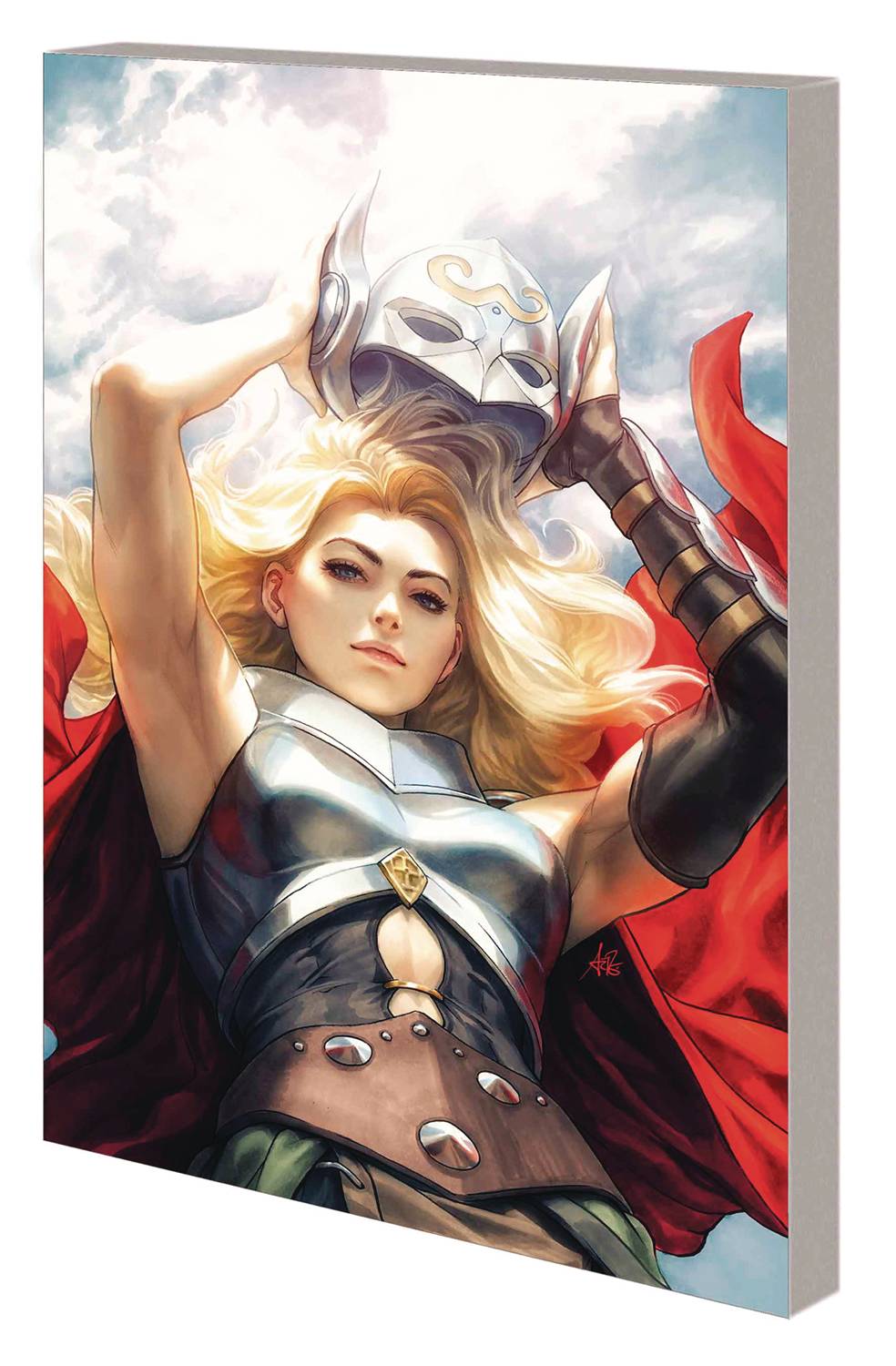 #
JAN221049
(W) Jason Aaron, Noelle Stevenson (A) Russell Dauterman, VARIOUS (CA) Stanley Lau "Artgerm"
Goddess of Thunder! When the Odinson is rendered unworthy of lifting Mjolnir, another claims the hammer! Her battles against Frost Giants, Malekith and the Minotaur prove she's well worthy of the name Thor! But this new hero is secretly Dr. Jane Foster - and each time she transforms, it worsens the canthat's killing her! As the Odinson comes to terms with the loss of his hammer, the new Thor defines her independence when she battles Odin himself! But will she prevail when she's caught between Roxxon and S.H.I.E.L.D.? Meanwhile, Malekith is waging war across the realms - and Jane must lead a
powerful new team to oppose his terrible plans! Collecting THOR (2014) #1-8; MIGHTY THOR (2015) #1-5, #8-11 and #13-14; GENERATIONS: UNWORTHY THOR
AND MIGHTY THOR; and material from THOR ANNUAL (2015) #1.