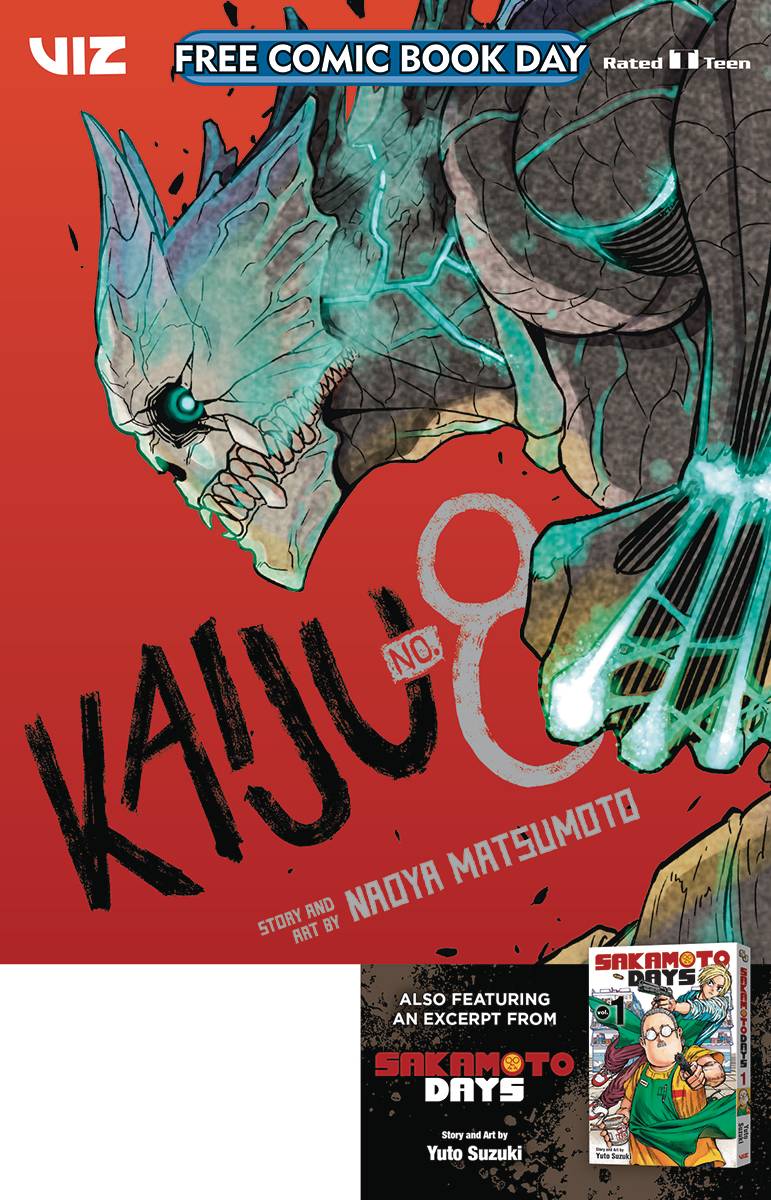 #
JAN220011
(W) Naoya Matsumoto, Yuto Suzuki (A) Naoya Matsumoto, Yuto Suzuki
Kaiju No. 8: Kafka wants to clean up kaiju, but not literally! Will a sudden metamorphosis stand in the way of his dream?
With the highest kaiju-emergence rates in the world, Japan is no stranger to attack by deadly monsters. Enter the Japan Defense Force, a military organization tasked with the neutralization of kaiju. Kafka Hibino, a kaiju-corpse cleanup man, has always dreamed of joining the force. But when he gets another shot at achieving his childhood dream, he undergoes an unexpected transformation. How can he fight kaiju now that he's become one himself?!
Sakamoto Days: Kill some time with former hit man Taro Sakamoto!
Taro Sakamoto was once a legendary hit man considered the greatest of all time. Bad guys feared him! Assassins revered him! But then one day he quit, got married, and had a baby. He's now living the quiet life as the owner of a neighborhood store, but how long can Sakamoto enjoy his days of retirement before his past catches up to him?!
Reprint Material
Rating: Teen (or Teen+)