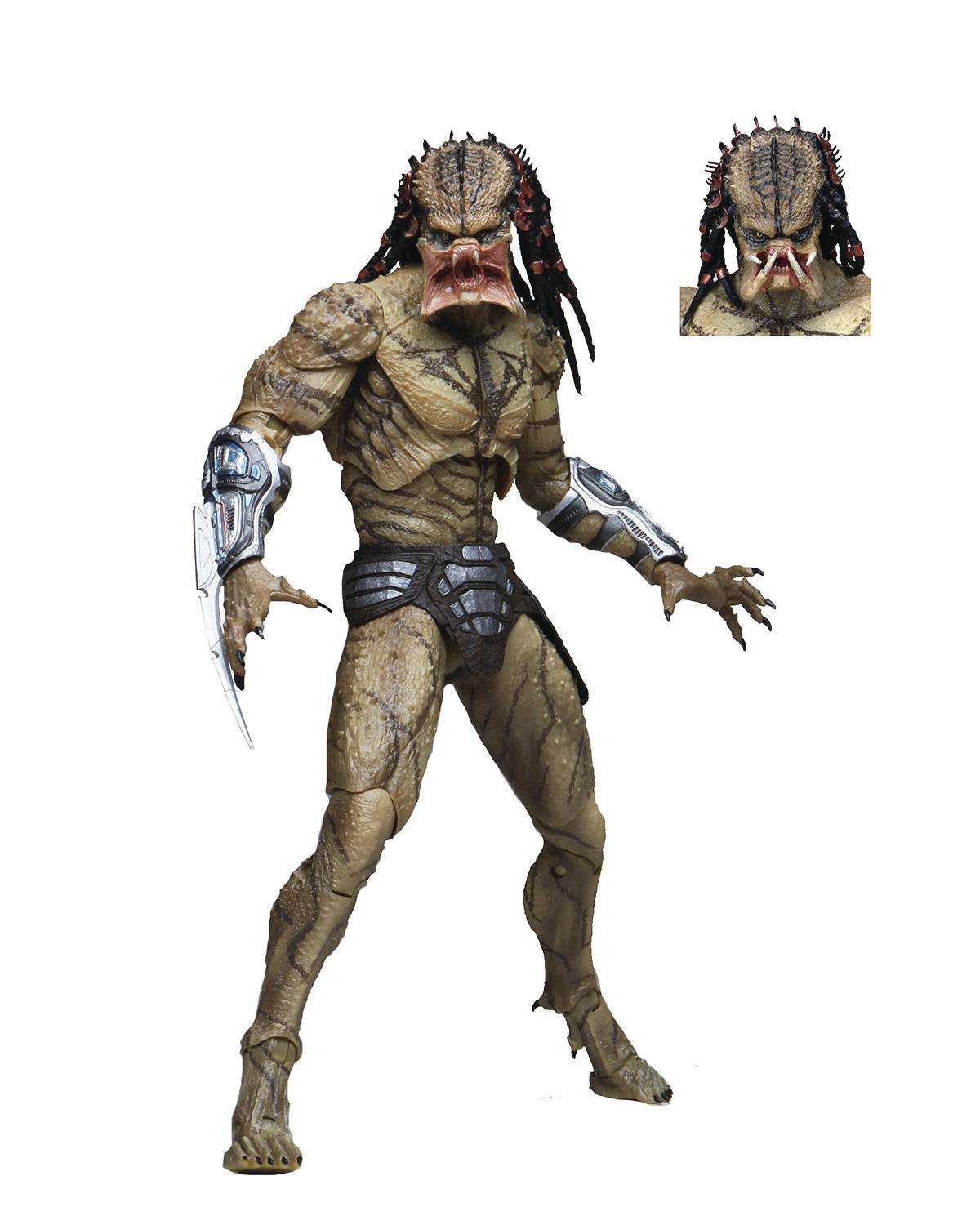 #
JAN219090
From NECA. From the latest installment in the franchise, 2018's The Predator, comes the Assassin in all-new paint deco as he appears in the film's final scenes. While battling the remaining members of The Loonies, the Assassin Predator is left in a vulnerable state, having lost his ability to produce a protective armor layer. The Ultimate Assassin action figure stands nearly a foot tall and has two interchangeable heads, two pairs of hands, and a detachable wrist blade and wrist cannon. Comes in collector-friendly deluxe window box packaging with opening flap.