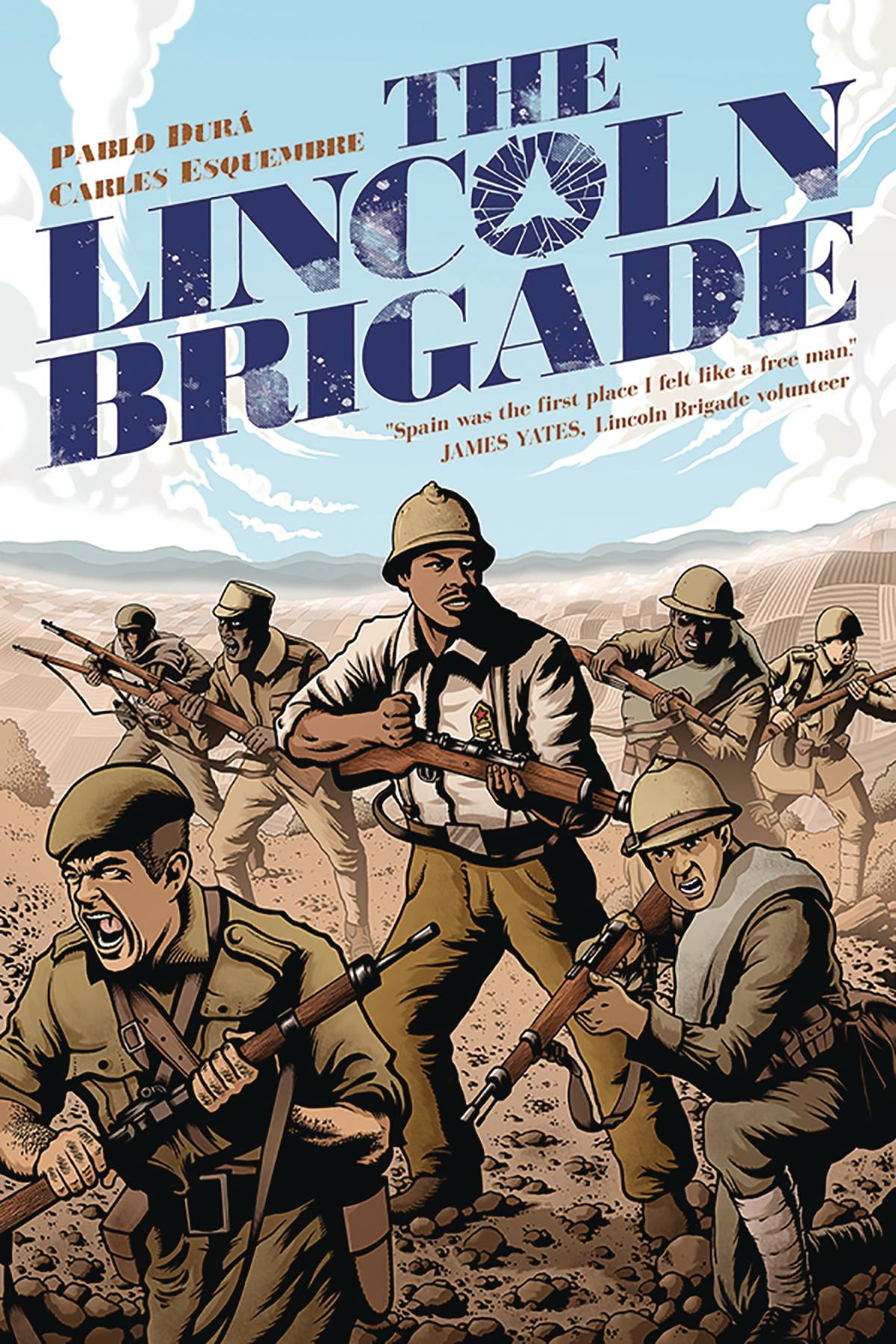 #
JAN211260
(W) Pablo Dura (A) Ester Salguero (A/CA) Carlos Esquembre
The Lincoln Brigade focuses on Oliver Law, an African American who fought and protested for worker rights in the 1930s United States. Law and other black American citizens volunteered on their own to go to Spain, first heading to France and then smuggling themselves across the border, and with little training, fighting in the Spanish Civil War against the fascist faction leader, General Francisco Franco. Law would eventually go on to lead the entire brigade army, integrated with both black and white soldiers, into combat.  In the end, a third of them would ultimately lose their lives against the German and Italian-backed Franco forces.