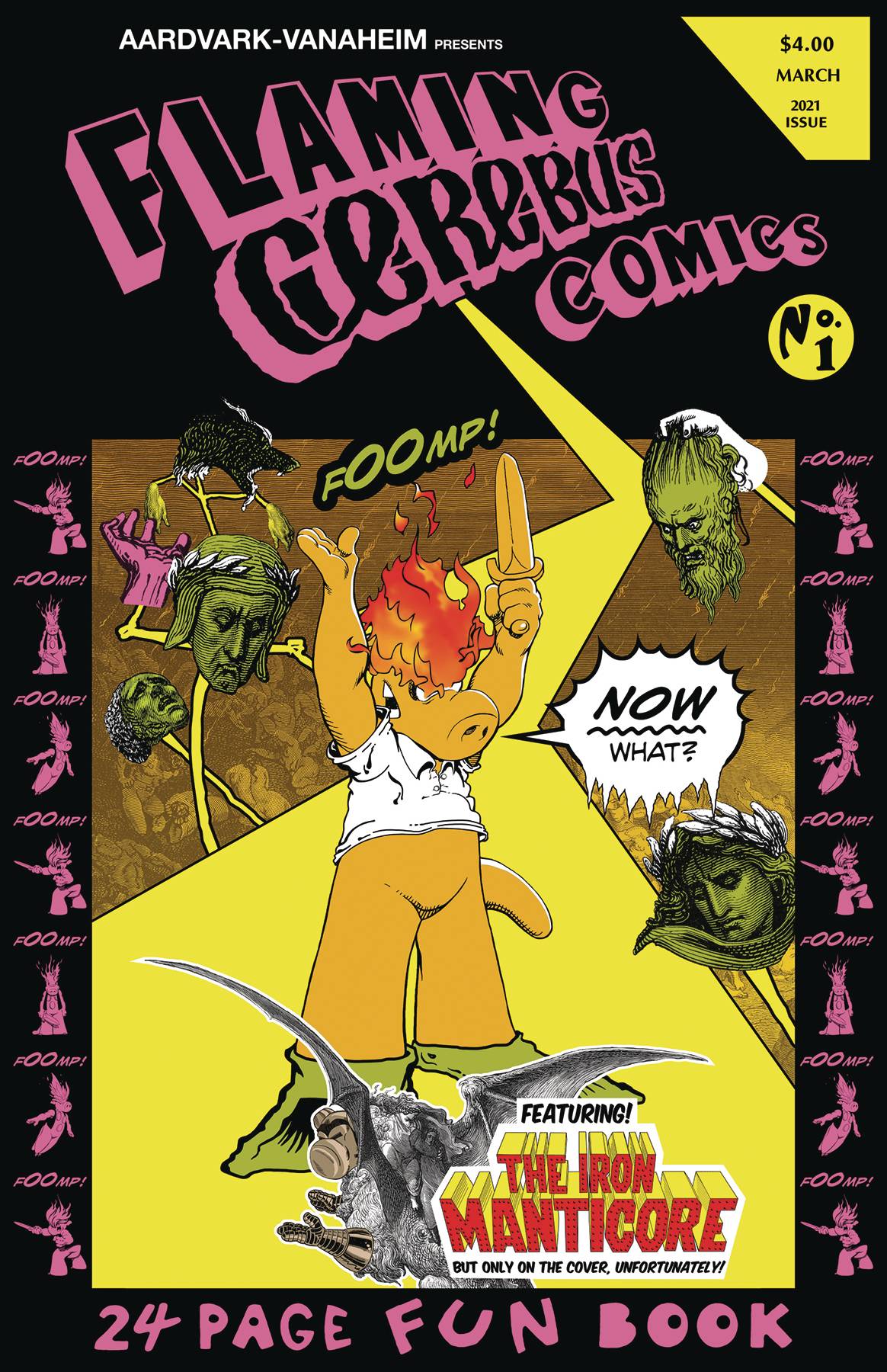 #
JAN211025
(W) Dave Sim (A) Gustave Dore, Benjamin Hobbs (A/CA) Dave Sim, David Birdsong
Flashback to the morning after the 2019 Canadian Federal Election and Cerebus is licking his wounds, having failed to get even as many votes as the Green Party.  Nothing else for it but this time running for Prime Minister four years ahead of time!  Hilarious Francophobic humour!  The perils of threatening Public Service Union Caption Guys! Whatever they write in the captions, that's the opinions everyone ends up holding! It's like Twitter! But worse! If you can picture something worse than Twitter! 28 Dead Albertans (Alberta is, like, Canada's Texas)! What happens when Flaming Cerebus' flame goes out?
In Shops: Mar 31, 2021
SRP: $4.00