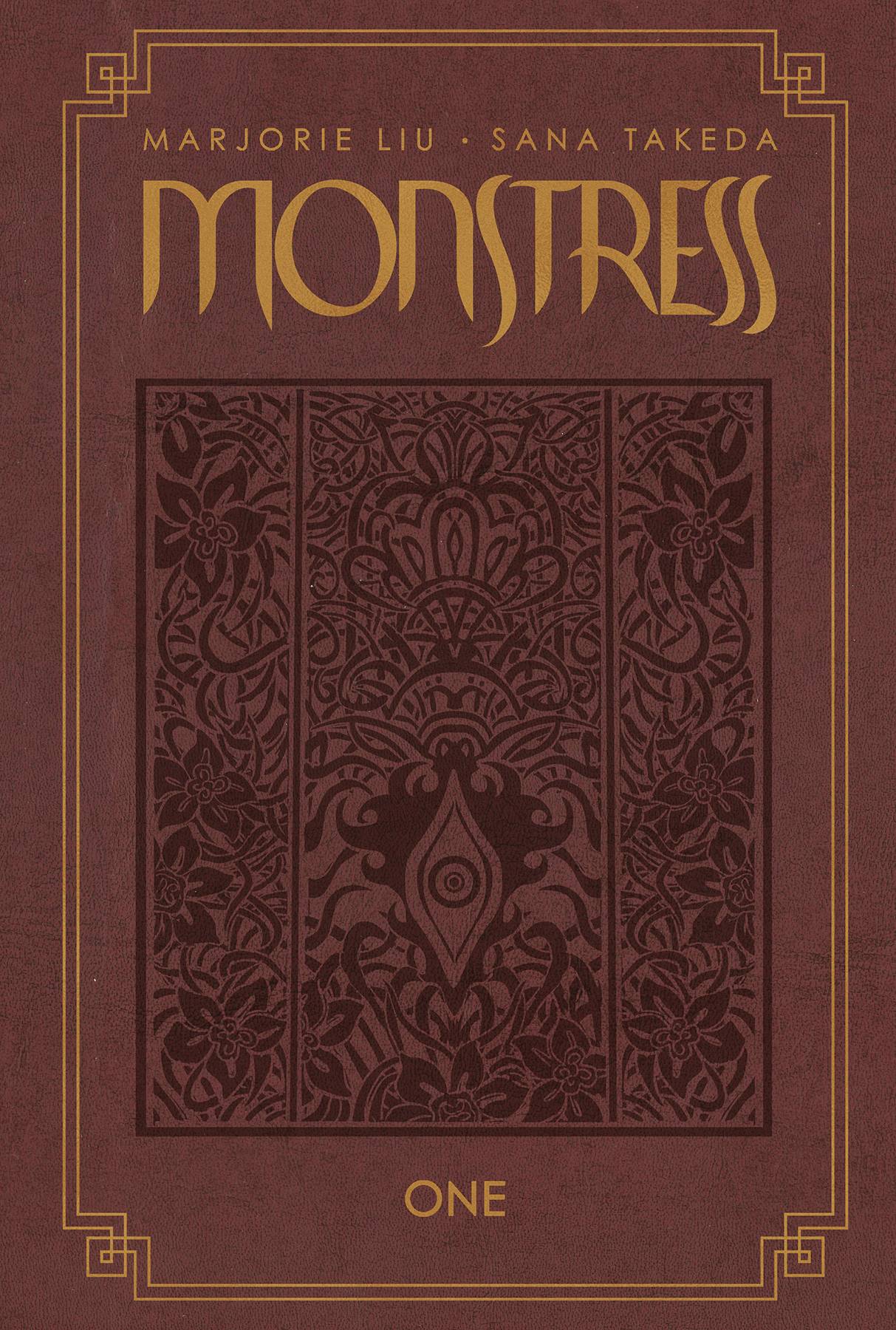 #
JAN209002
(W) Marjorie M. Liu (A/CA) Sana Takeda
Maika Halfwolf lives in a world gripped by war-an alternate, matriarchal 1900s Asia brimming with arcane dangers. As she struggles to overcome the trauma of violence and regain knowledge of her past, she becomes inextricably linked to an eldritch monster of tremendous power. This link will transform them both, and place them in the crosshairs of deadly powers both human and otherworldly.

"A vivid, dynamic world. I've never seen anything quite like MONSTRESS."
-THE NEW YORK TIMES

"Takeda's visuals recall realistic, gritty manga such as Lone Wolf and Cub,
with magic and monsters to rival those of Hayao Miyazaki's films."
-PUBLISHERS WEEKLY

"Filled to the brim with awesome."
-KIRKUS REVIEWS

This enhanced hardcover edition, signed by Marjorie Liu and Sana Takeda and limited to 500 copies, collects the first 18 issues of the beloved and multiple award-winning comic series, plus special extras.
In Shops: Aug 05, 2020
SRP: $150.00
View All Items In This Series