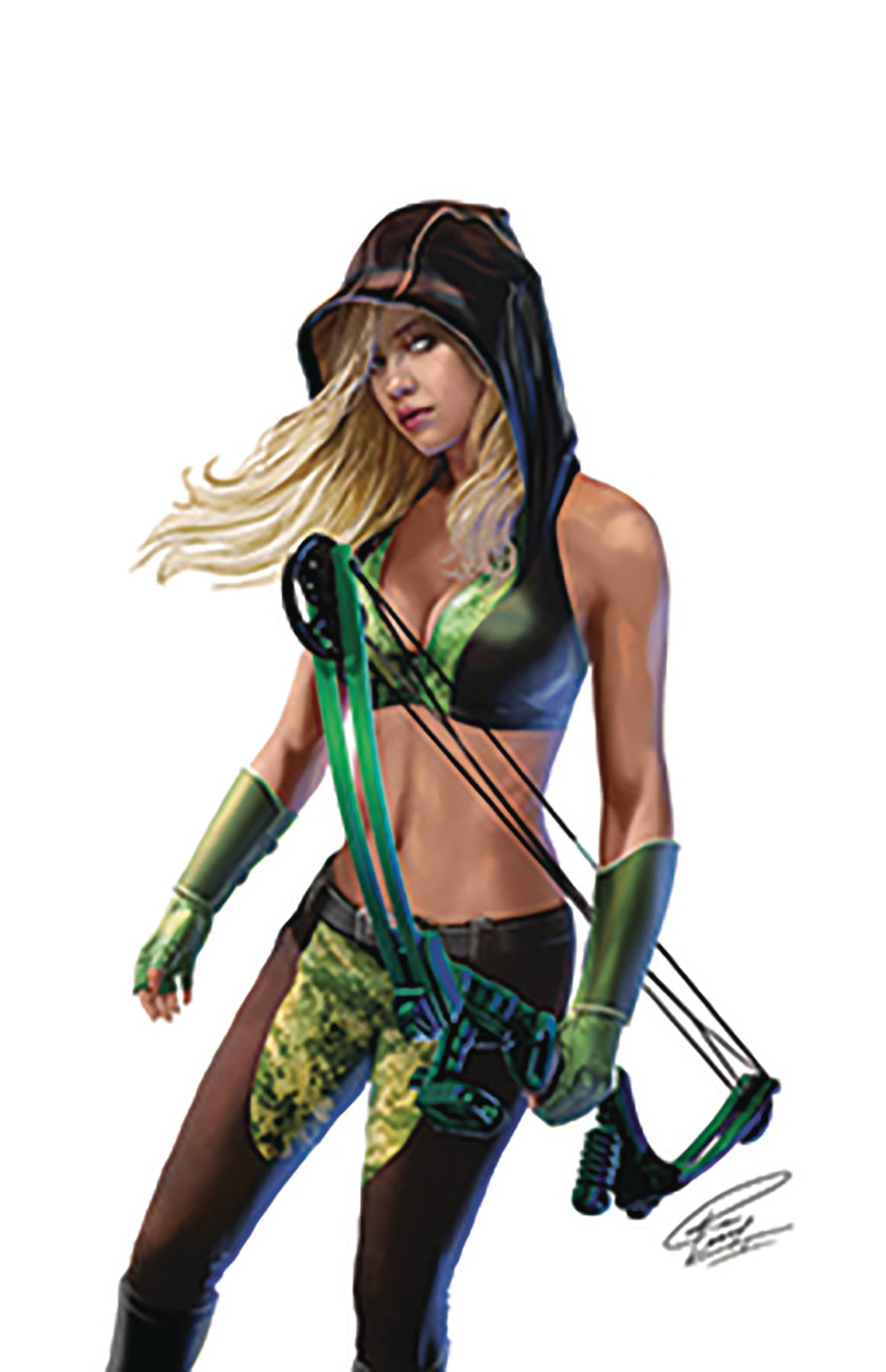 #
JAN202119
(W) Raven Gregory (A) Deivis Goetten (CA) Ron Leary
As the forces of evil, led by Dracula's daughter, gather with plans to wreak havoc on all that Helsing holds dear, Liesel must race against time to save her former apprentice, Julie Jekyll,  from the darkness growing inside her soul before it's too late.
Featuring a star studded cast of the Grimm Universe heroes, Robyn Locksley, and Hellchild, as well as the greatest villains, from Van Helsing's past, that she has ever faced before.
Brought to you by fan favorite Wonderland writer Raven Gregory with incredible art by Deivis Goetten and Robby Bevard, this is a series that is not to be missed!
In Shops: Mar 25, 2020
SRP: $3.99
View All Items In This Series
ORDER SUBSCRIBE WISH LIST