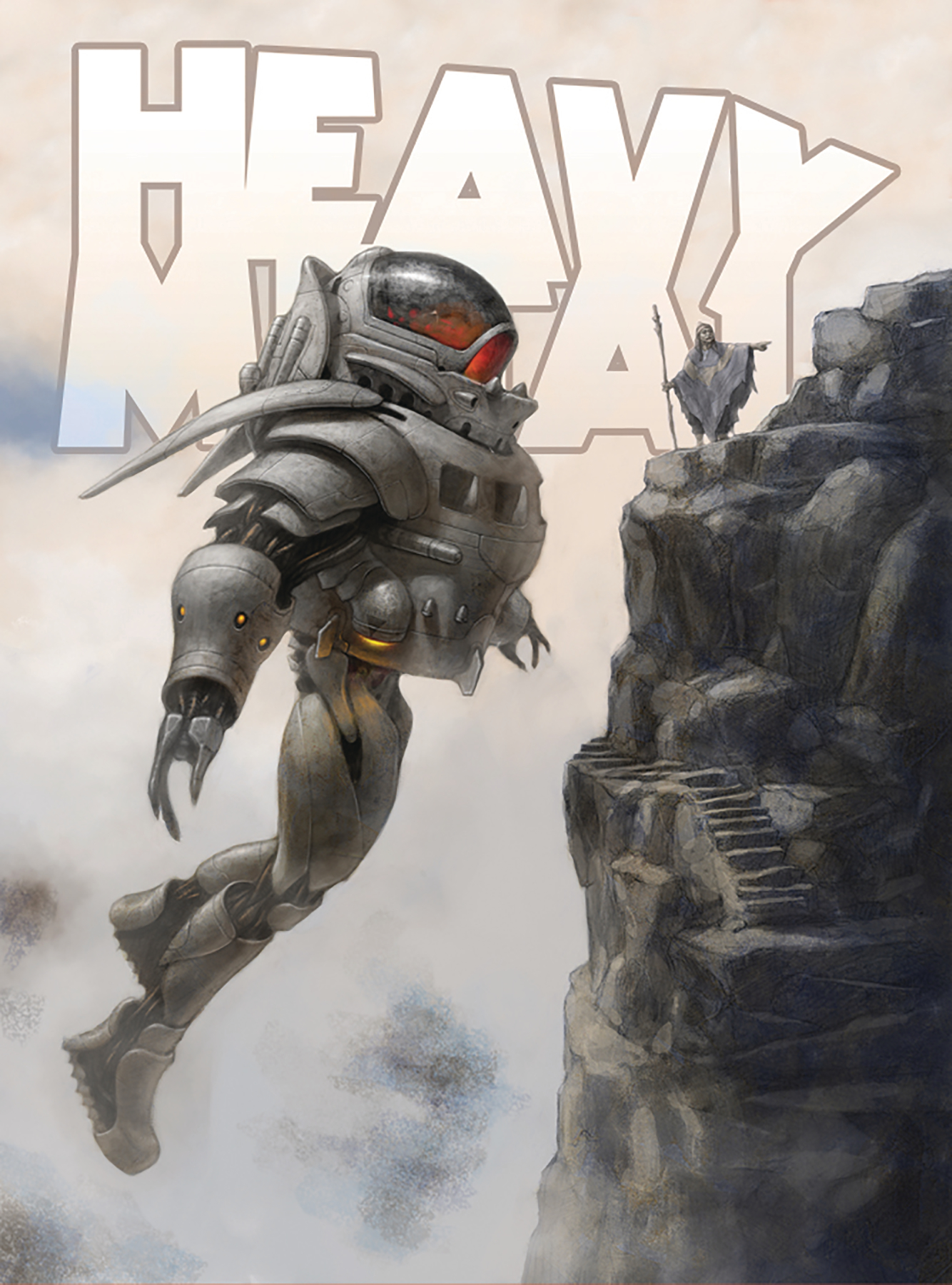 JAN201817
(W) Various (A) Various (CA) Gabriel Ippoliti
Heavy Metal Magazine #298 - It's the return of the world's greatest illustrated science fiction taking readers to the edge of the cosmos and beyond with The Furthest Reaches Special. David Hine & Mark Stafford create bone-chilling intersections with insectoid life in "Bug House" - Alex Smith will take us through a "Body Jack" as modification reaches new frontiers - Matt Emmons plumbs the robot psyche with "The Incubator" - Emilio Balcarce & Marcelo Perez explore "A New Life" in the collapse of a robot army - James Maddox & Ben Templesmith plunge us into the "Abyss of Souls" with partners lost in space - Dwayne Harris stars in a double bill with "Dowser" following vicious gangs who guard Earth's water supply and "Philip K. Dick's Head" with Michael David Nelsen, based on a true story- Continuing in this issue is Richard Corben's "Murky World" - Concluding in this issue is Grant Morrison and Gerhardt's "Smile of the Absent Cat"!
In Shops: Mar 04, 2020
SRP: $9.99
View All Items In This Series