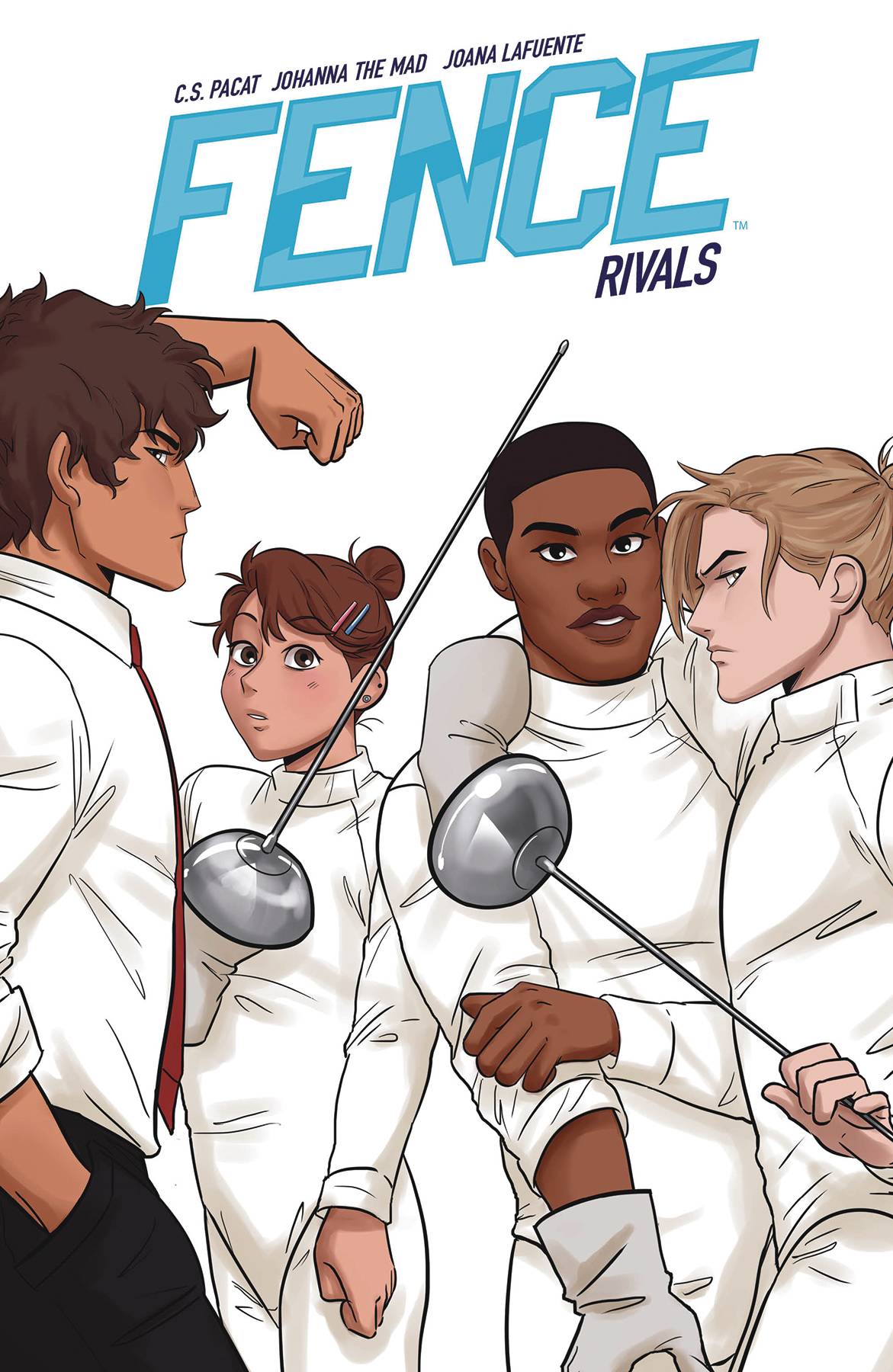 #
JAN201317
(W) C.S. Pacat (A/CA) Johanna the Mad
* The GLAAD Award nominated series
* Fence returns as a graphic novel series as best-selling novelist C.S. Pacat (Captive Prince) and popular online sensation Johanna The Mad present the next all-new thrilling chapter of the Kings Row fencing team!
* Just as Nicholas, Seiji and the fencing team at the prodigious Kings Row private school seem to be coming together, a deadly rival from their past stands in their way once more. MacRobertson is the school that knocked Kings Row out of the State Championships last year - but unless Nicholas and Seiji can learn to work together as a team, their school is doomed once again! And maybe those two can learn to be something more than teammates too...
In Shops: Jul 15, 2020
SRP: $14.99
View All Items In This Series
ORDER SUBSCRIBE WISH LIST