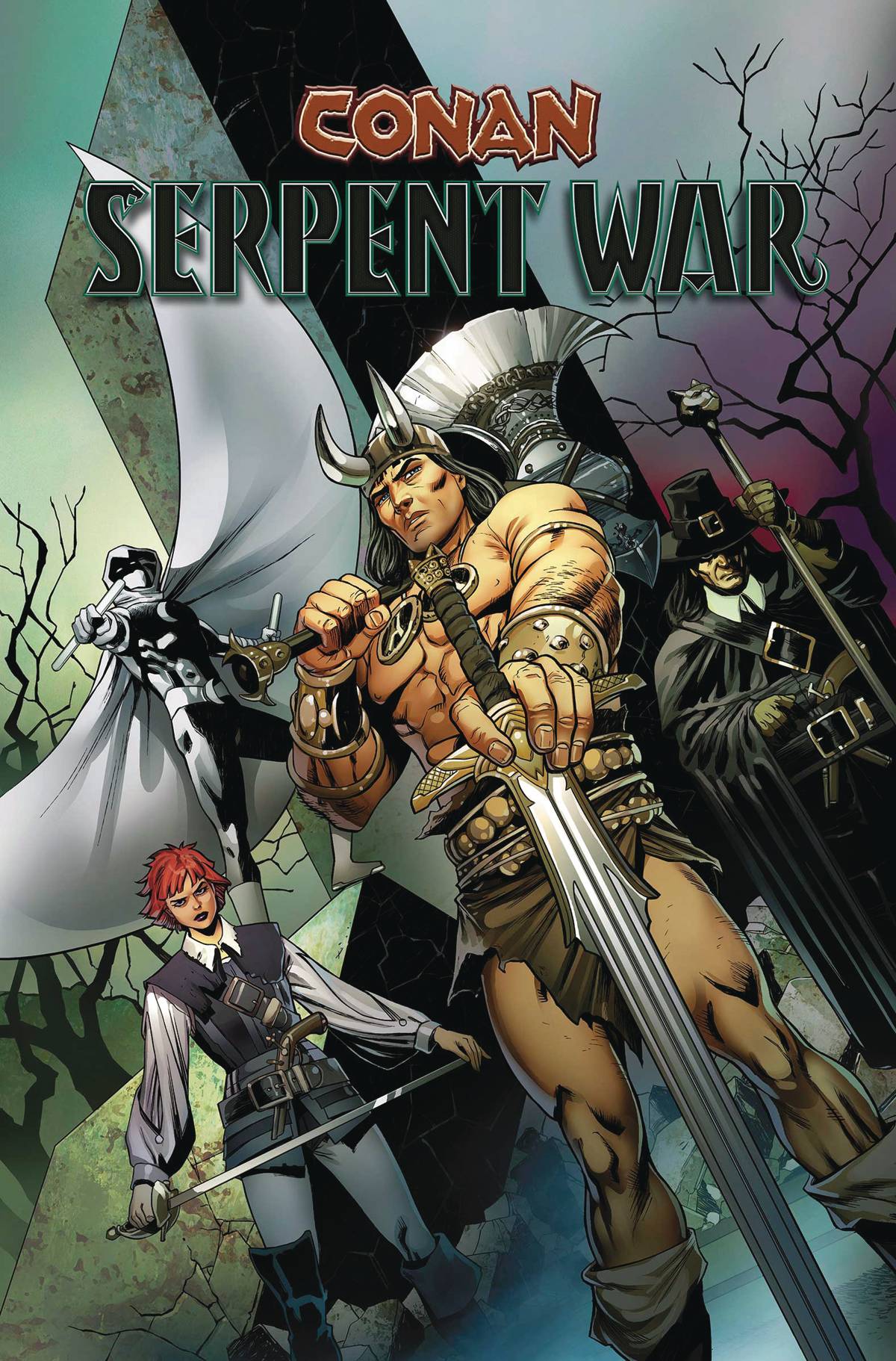 #
JAN201066
(W) Jim Zub (A) Scot Eaton, Stephen Segovia, More (CA) Carlos Pacheco
A Conan event for the ages! The man named James Allison will die soon. It's not his first death. James has lived many lives, across many eras - lives he can recall in vivid detail. But when a mysterious force reaches across time to engage his abilities to save all of reality, an era-spanning quest begins! The serpent god Set plans to usher in an eternity of darkness, and only four chosen warriors across time and space have a hope of stopping him: Conan the Barbarian, Solomon Kane, Dark Agnes...and the man known as Moon Knight! But where Marc Spector goes, will his own ancient deity - Khonshu - be far behind? In an unprecedented comics event, Robert E. Howard's celebrated characters join forces alongside one of Marvel's most fascinating heroes in a saga built on lore from across time itself! Collecting Conan: Serpent War (2019) 1-4, Supernatural Thrillers (1972) 3.
Parental Advisory
In Shops: Jul 15, 2020
SRP: $15.99
ORDER WISH LIST