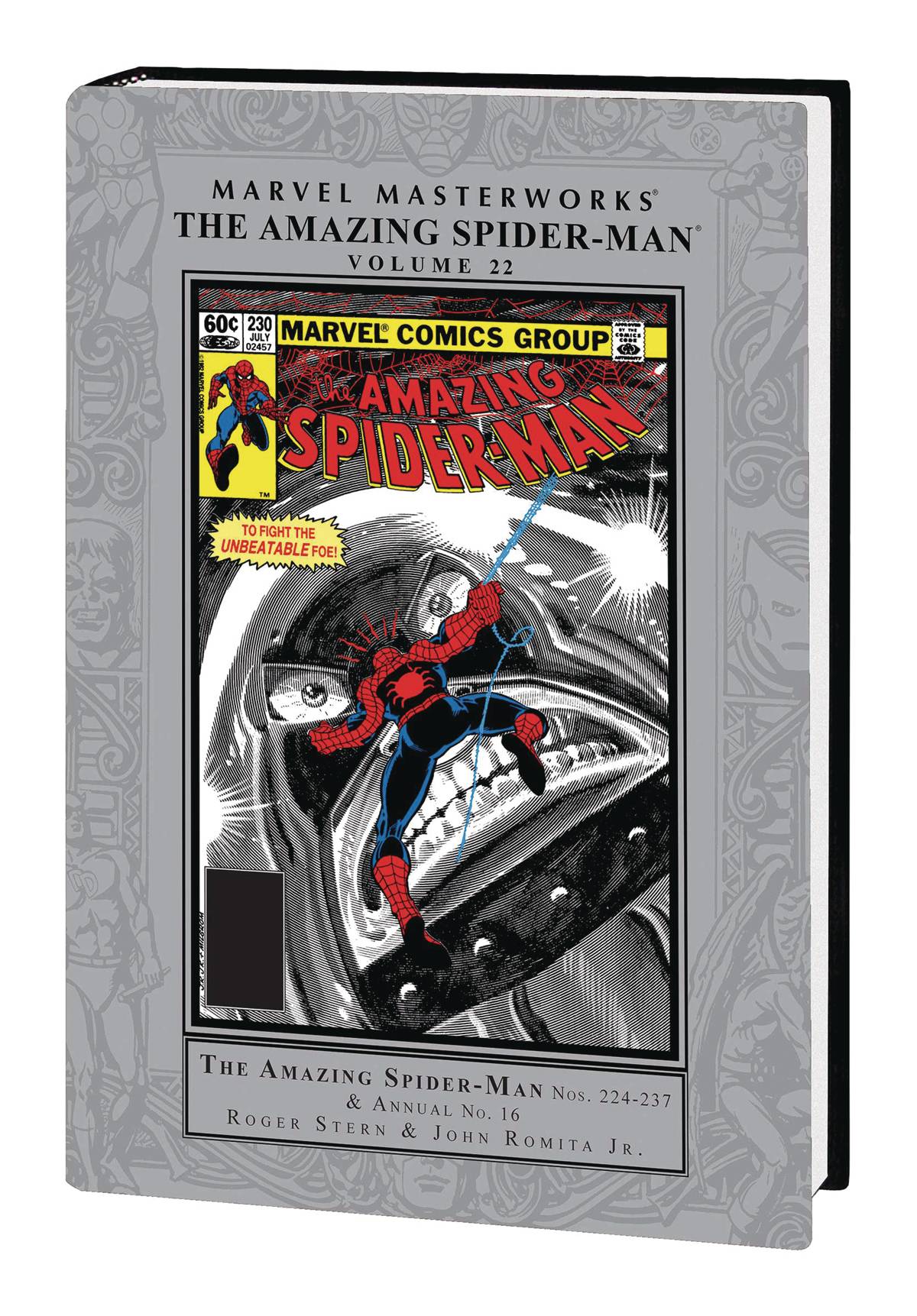 #
JAN201044
(W) Roger Stern, Jan Strand, More (A) Rick Leonardi, Bob Hall (A/CA) John Romita Jr.
The Marvel Masterworks are proud to present one of the greatest eras in Spider-Man history: Roger Stern and John Romita Jr.'s AMAZING SPIDER-MAN! These two all-time greats raised Spidey to new heights while recapturing the compelling tone and character-driven focus that made the web-slinger world-famous! Stern and JRJR returned classic villains like the Vulture to the fore, explored a disturbing fate for the Tarantula, told the definitive Juggernaut story and made J. Jonah Jameson a bigger pain than ever before. And that was just their warm-up! This incomparable volume also features the first appearance of Monica Rambeau (A.K.A. Captain Marvel), a mountain of character profiles from the OFFICIAL HANDBOOK OF THE MARVEL UNIVERSE, an in-depth intro by Roger Stern and more! Collecting AMAZING SPIDER-MAN (1963) #224-237 and ANNUAL #16.
Rated T
In Shops: Sep 16, 2020
SRP: $100.00
View All Items In This Series
ORDER SUBSCRIBE WISH LIST