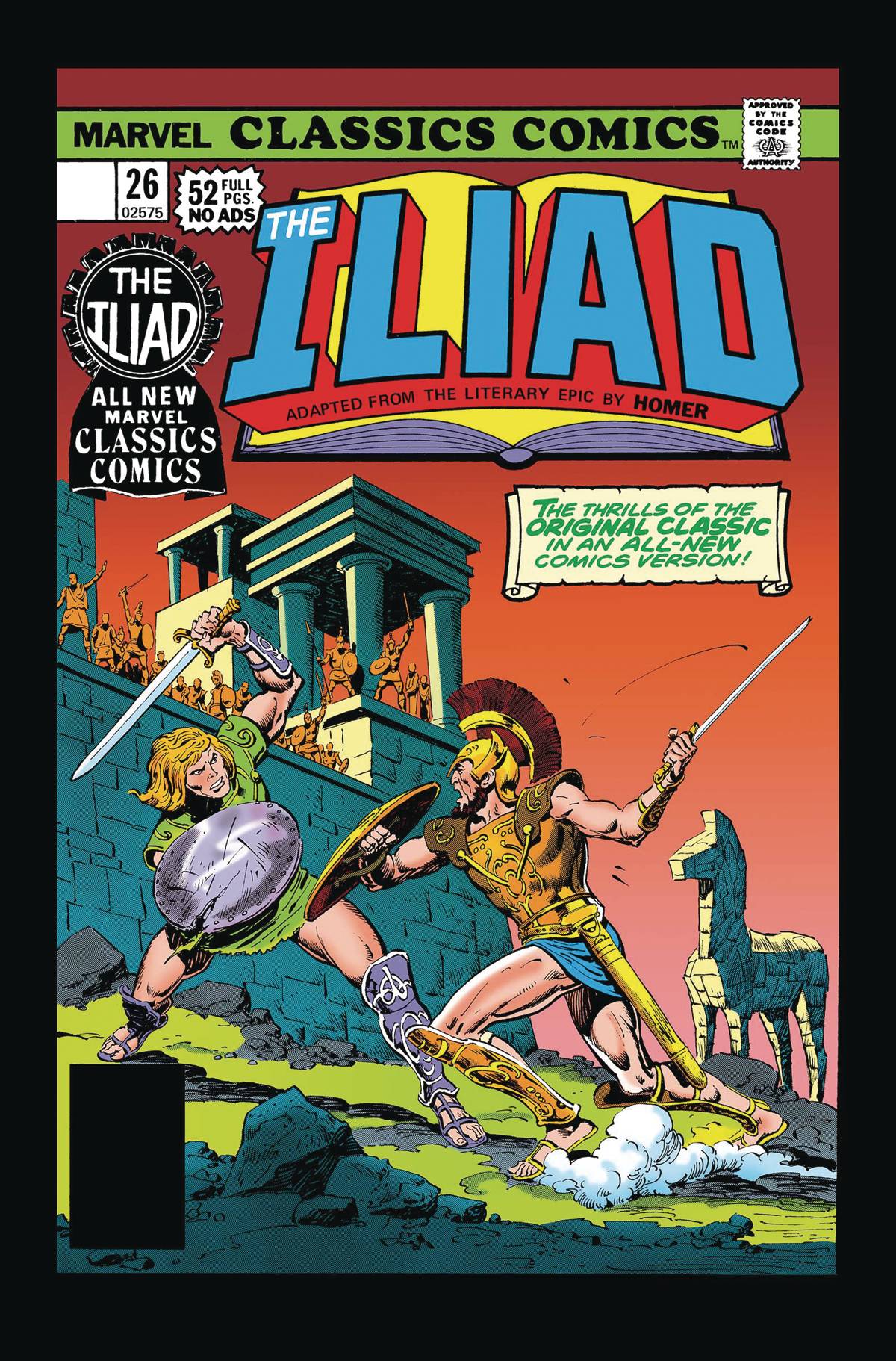 #
JAN201034
(W) Doug Moench, Chris Claremont, More (A) Sonny Trinidad, Yong Montano, More (CA) John Buscema
Masterworks of literature - retold in the Mighty Marvel Manner! In the late 1970s, respected comic book writers and talented artists joined forces to adapt the world's most famous stories onto the comic book page. From adventure tales like The Last of the Mohicans, Treasure Island, Robinson Crusoe and Ivanhoe to horror staples Frankenstein and The Invisible Man! Whether it's the classical poetry of The Iliad and The Odyssey, the dystopian sci-fi of The War of the Worlds or the terrifying tales of Edgar Allan Poe, this collection of cultured classics is sure to thrill you from cover to cover! Featuring world-famous and beloved characters like Robin Hood and Alice in Wonderland, and illustrated versions of novels by such authors as Charles Dickens, Mark Twain, Jules Verne and more! Collecting MARVEL CLASSICS COMICS #13-36.
All Ages
In Shops: Sep 30, 2020
SRP: $150.00