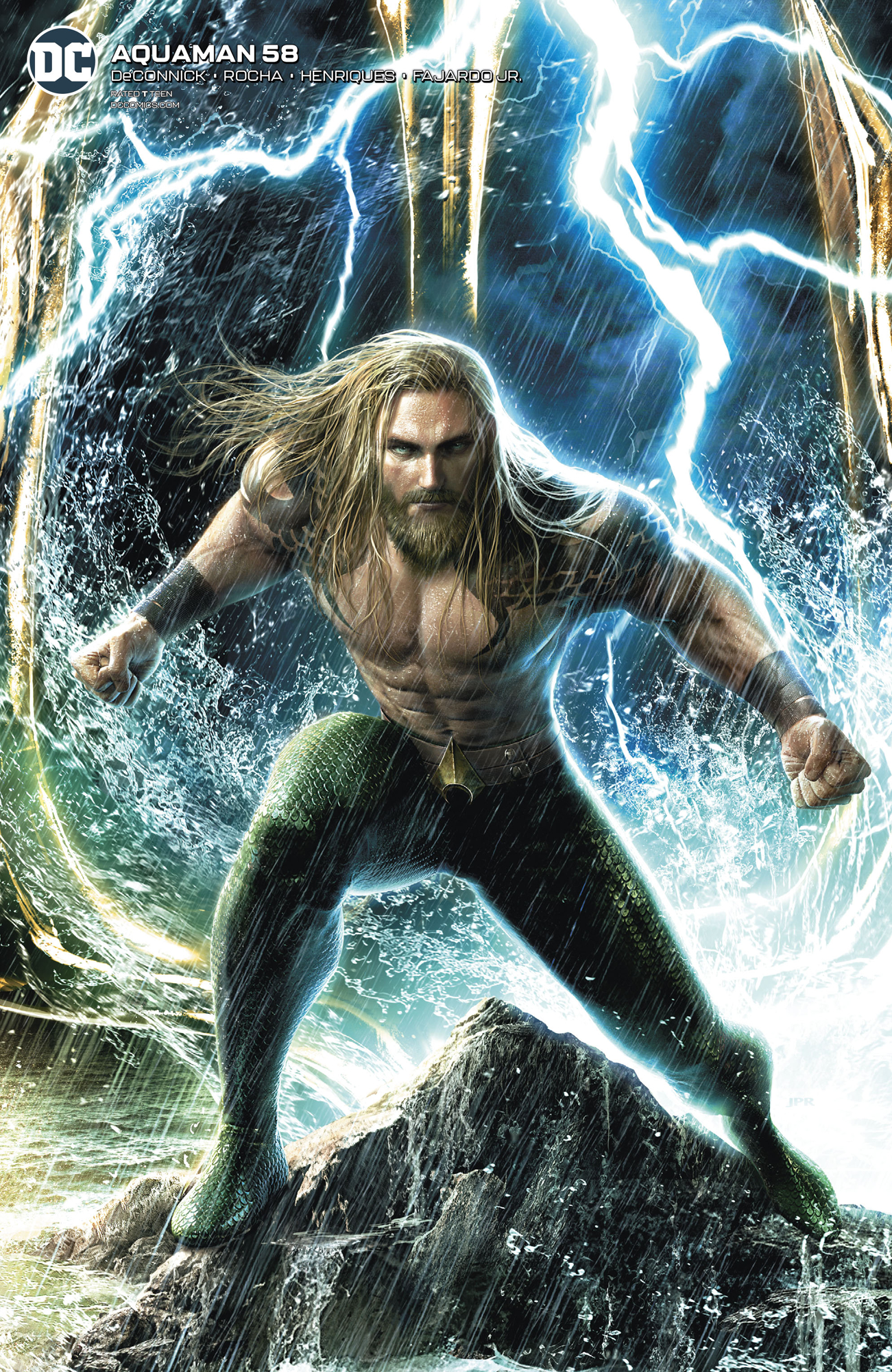 JAN200524
(W) Kelly Sue DeConnick (A) Robson Rocha, Daniel Henriques (CA) Jeremy P. Roberts
There's a baby in the water, and the sharks are circling! Mera lies comatose following the birth of her child, and when it becomes clear that he who has the royal baby has royal power, Aquaman must flee with his young daughter. But will he be able to escape Ocean Master, who's been sharpening his trident as well as his plans for takeover with a loyal new army at his back? The hunt is on...and everything Arthur holds dear hangs in the balance!
In Shops: Mar 18, 2020
SRP: $3.99
View All Items In This Series