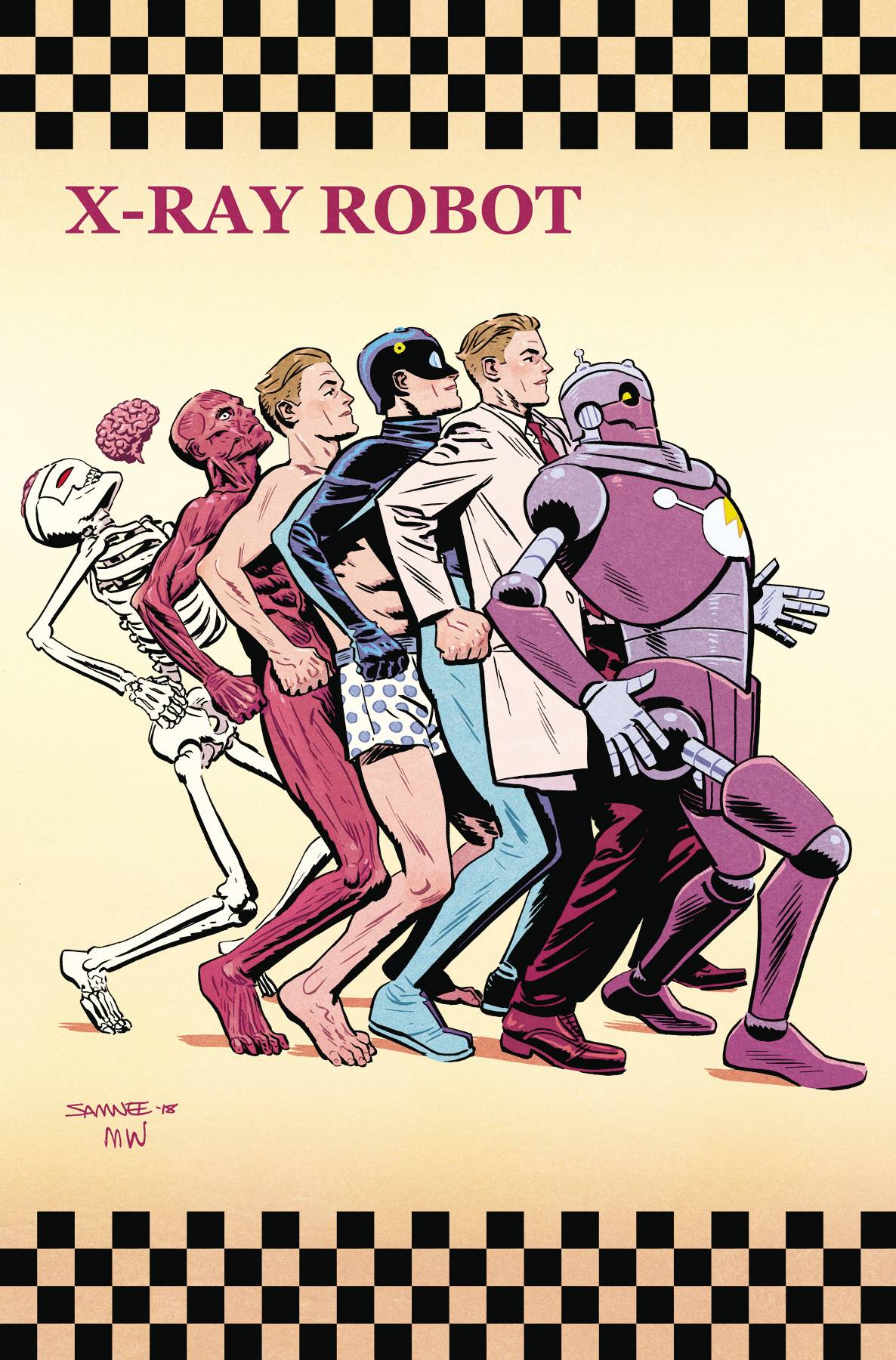 #
JAN200304
(W) Mike Allred (A) Mike Allred (CA) Chris Samnee
Max is a family man seeking a more interesting life. While conducting a new experiment at work, the fabric of his reality is torn before his eyes, and a robotic figure appears, claiming to be his 277-year-old self. The robot is able to "X-Ray" multiple dimensions and battles a nihilistic entity from another dimension who wants to take all life to its "Pre-Big Bang" status.  Max and the robot embark on an interdimensional roadtrip through past and future to take down the "Nihilist" and save the universe!
o Mike Allred's new bizarre superhero character X-Ray Robot!
"One of the best cartoonists in all of comics has done it again! X-Ray Robot is another Allred homerun!!" -Brian Michael Bendis
"Michael Allred kicks so much ass I can barely stand it. X-Ray Robot is the work of a master!" -Rob Thomas creator of Veronica Mars
In Shops: Mar 18, 2020
SRP: $3.99
View All Items In This Series
ORDER SUBSCRIBE WISH LIST