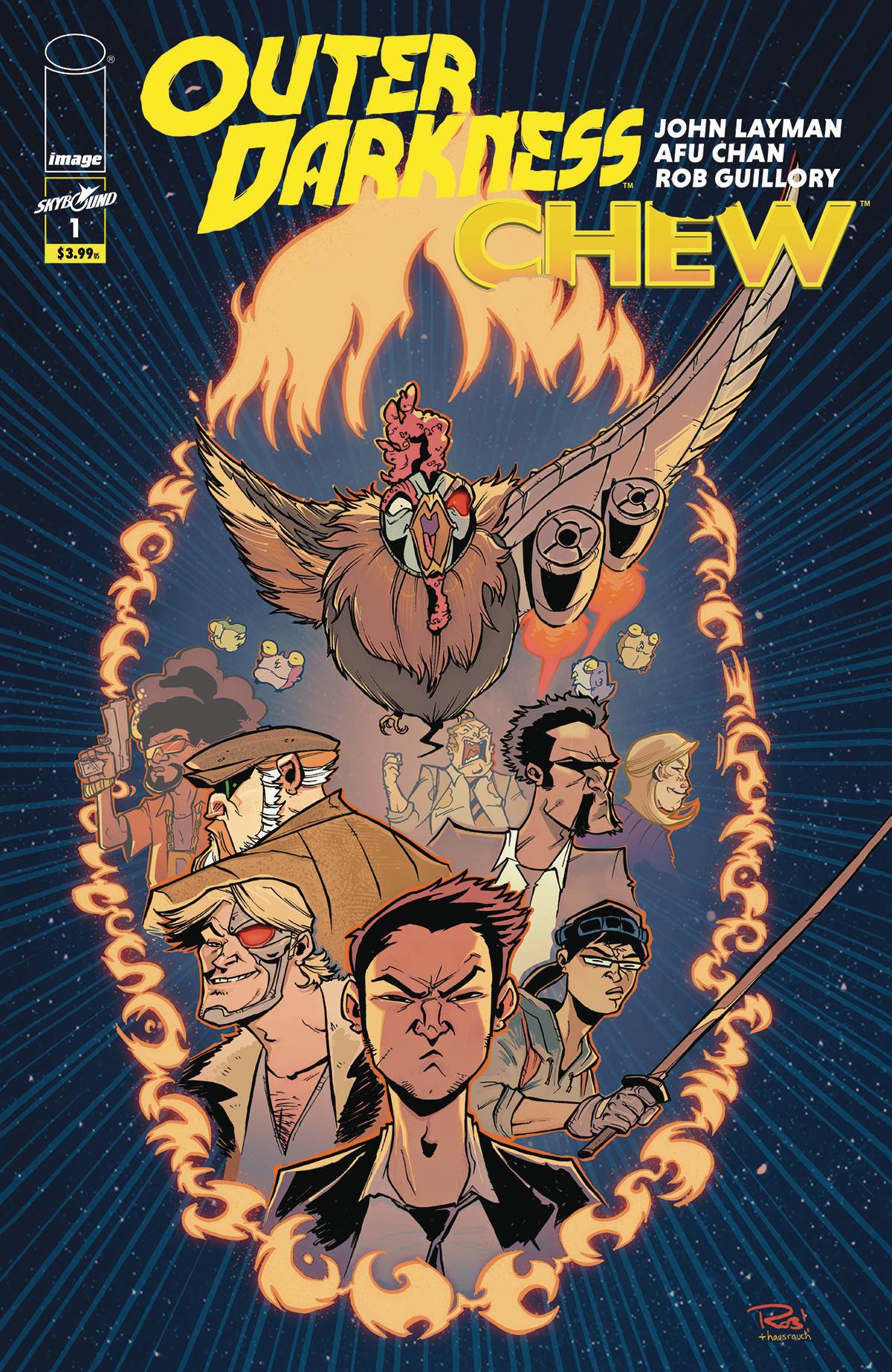 #
JAN200160
(W) John Layman (A) Rob Guillory (A/CA) Afu Chan
SERIES PREMIERE! THE GREATEST CROSSOVER EVER! Tony Chu is a modern-day cop who gets psychic impressions from what he eats. Joshua Rigg is a 28th-century starship captain who flies through an outer space filled with demons, monsters, and ghosts. Sounds like a perfect recipe for a comic book crossover, don't it?  Well, be careful what you wish for, because CHEW/OUTER DARKNESS is warping your way, bringing together the reunited multiple Eisner Award-winning CHEW team, writer JOHN LAYMAN and artist ROB GUILLORY, with OUTER DARKNESS' regular resident artistic genius, AFU CHAN!
In Shops: Mar 04, 2020
SRP: $3.99
View All Items In This Series
ORDER SUBSCRIBE WISH LIST