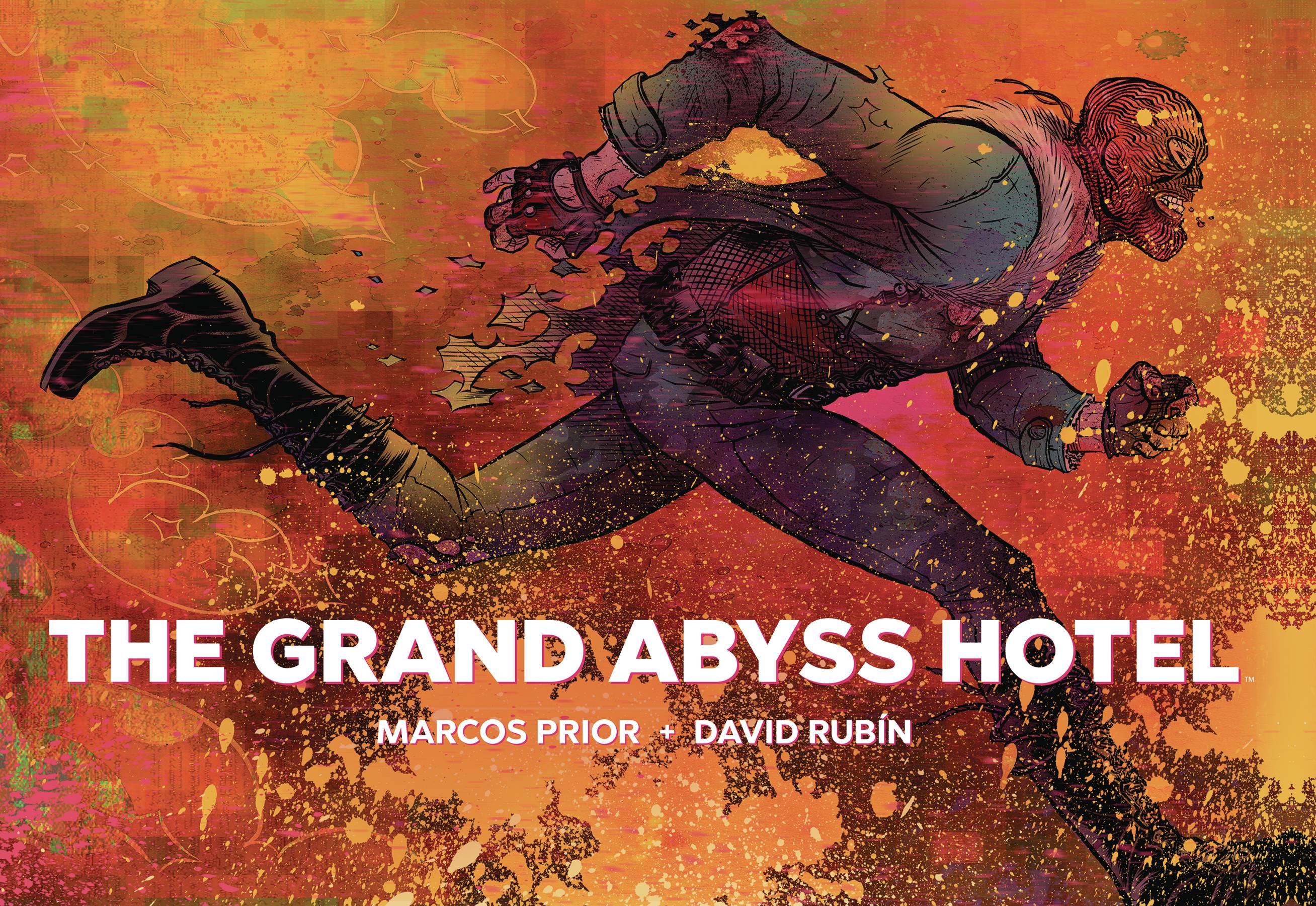 #
JAN191368
(W) Marcos Prior (A/CA) David Rubin
Marcos Prior and Eisner-nominated artist David Rub n (The Hero, Rumble, Battling Boy: The Rise of Aurora West) weave a politically satirical look at democracy today through the lense of hyper-violence and explosive action.
Imagine a world overrun by big business and "fake news" via the social media machine...In The Grand Abyss Hotel neoliberalism has become a state religion, while the citizens quietly and then not-so-quietly rebel, giving way to violence on the streets and sowing chaos. A masked vigilante takes on the role of hero to battle politicians, the erosion of democracy, and social media. After the fires burn low and the dust settles, social order returns. Or does it?
In Shops: May 29, 2019
SRP: $24.99
ORDER WISH LIST