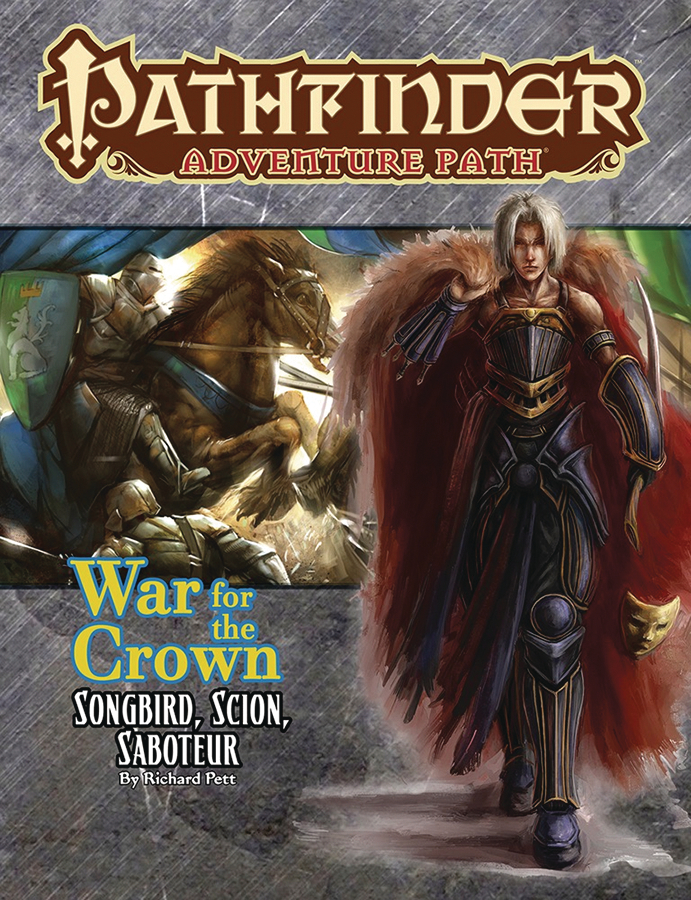 JAN182860
(W) Richard Pett
As newly-appointed agents in Taldor's escalating struggle for succession, the heroes must help their Princess Eutropia build a power base by reclaiming her family's land from squatters-the debased Lotheed family, who feast as their subjects starve and their infrastructure crumbles. Can the heroes infiltrate the high-society of Meratt County through its extravagant balls and tournaments, while secretly undermining Count Bartelby Lotheed's authority, or will their clandestine attempts to repair the damage done and woo allies ultimately lead them to the headsman's blade?
In Shops: Apr 11, 2018
SRP: $24.99