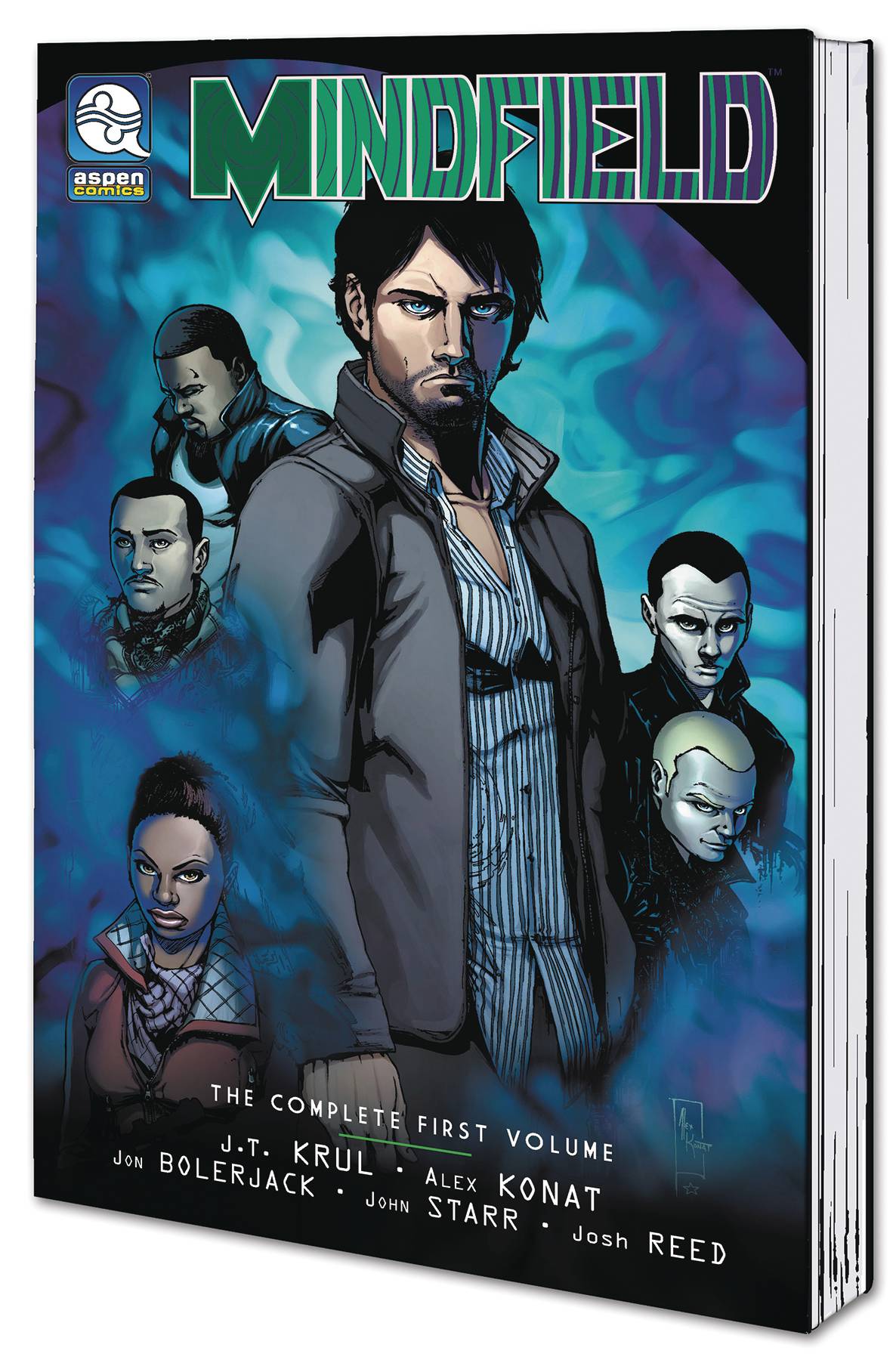 #
JAN181253
(W) J. T. Krul (A) Alex Konat
In the hopes of developing the ultimate wiretapping system against the War on Terror, the CIA has reached into their own history for answers. Reviving the failed MK-ULTRA program from the 1950's, the CIA implements experimentation with hallucinogenic substances in order to create a squad of "enlightened" agents with acute telepathic abilities. Connor, Erika, Isaac and Kaseem represent this new breed of government agent: able to read any situation-as well as any mind! While this new Agency team struggles with their psychic conditions from the fallout of possessing such power, a new threat emerges, determined to bring the United States crashing down into flames-all in the name of revolution!
From the mind of New York Times Best-Selling author J.T. Krul (Michael Turner's Fathom, Jirni) along with art by Alex Konat (Michael Turner's Fathom, Eternal Soulfire), this thrilling mini-series also features special back-up case files by Krul and Lori "Cross" Hanson (Executive Assistant: Assassins) with colors by Siya Oum (Lola XOXO)! Including a complete cover gallery and a whole lot more, the Mindfield vol 1 trade paperback is a must for any comic book fan!
In Shops: Mar 07, 2018
SRP: $19.99
View All Items In This Series