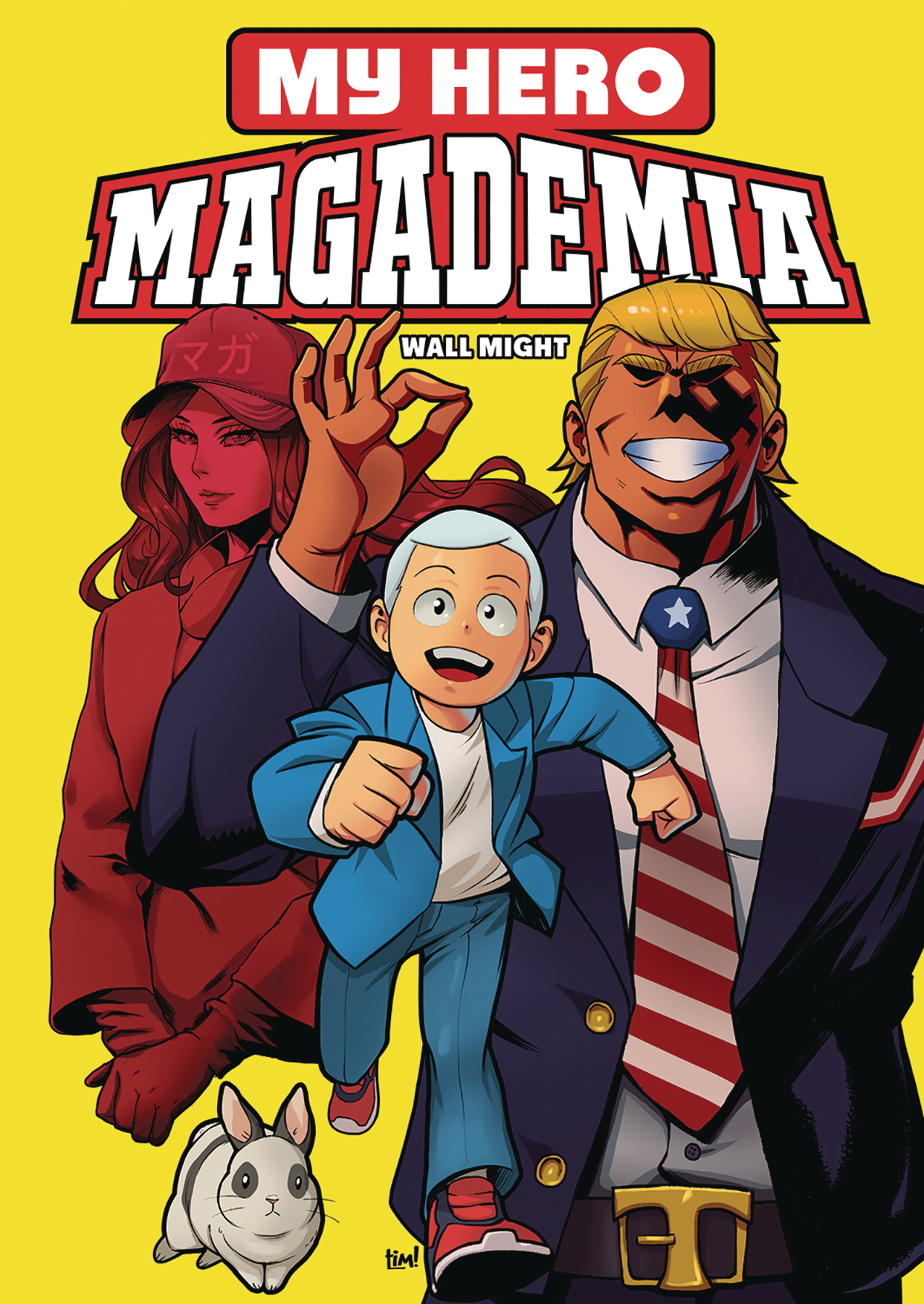 JAN181206
(W) Mark Pellegrini (A) Timonthy Lim, Brett Smith, Austin Rogers
From the creators of Thump: The First Bundred Days- the book that ticked off "TheMarySue", now on it's THIRD printing in bookstores nationwide! Wall Might is America's champion, and the Shadow Government and Swamp Creatures aren't happy about it! They are unleashing a relentless barrage of attacks on those they've dubbed 'The Deplorables', men and women who tap into and grant Wall Might his power.  Up-and-coming young hero Maiku wants nothing more than to defend his homeland from the forces both assaulting it from outside and poisoning it from within. An unexpected invitation from his hero puts young Maiku in a trial by fire adventure as the Swamp Creatures lay siege to the highest office in the land. With Wall Might's guidance and a sample of his power source, the E Pluribus Unum, Maiku-kun will find the strength to fight... AND TO WIN!