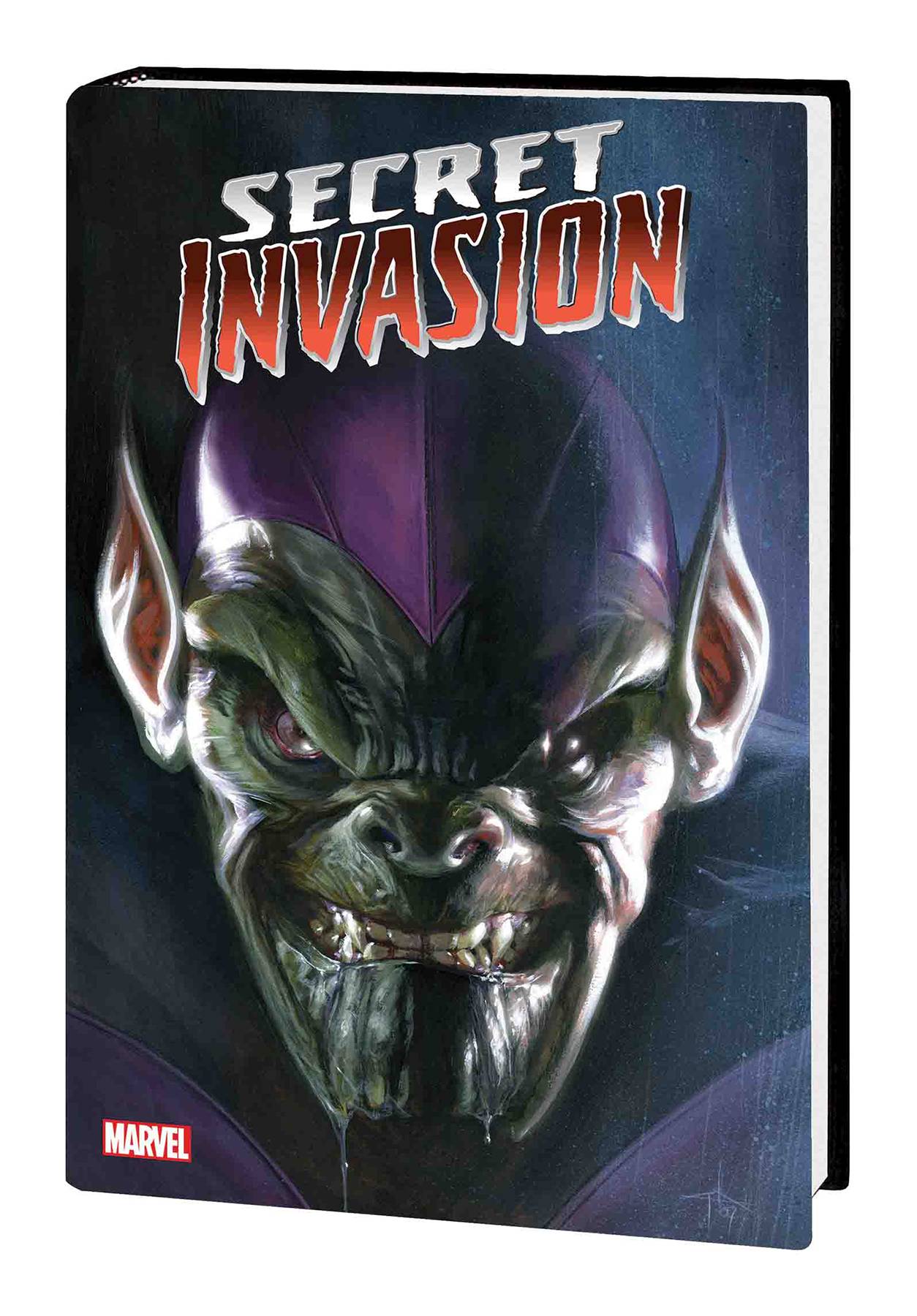 #
JAN181032
(W) Brian Michael Bendis, Brian Reed (A) Leinil Francis Yu, David Mack, Jim Cheung, Billy Tan, Michael Gaydos, Mark Bagley, Alex Maleev, Khoi Pham, John Romita, Stefano Caselli, Carlo Pagulayan, Lee Weeks (CA) Gabriele Dell'Otto
Brian Michael Bendis' complete saga between two covers! It begins with a brutal battle between the New Avengers and the Hand - one that claims Elektra's life and reveals that she was...a Skrull! What does this mean for Tony Stark and his Mighty Avengers? Or his shadowy Illuminati? Soon, the whole Marvel Universe will be asking: Whom do you trust? As the Secret Invasion stands revealed and the Skrulls attack Earth, which heroes will be exposed as alien impostors? Can the Secret Warriors turn the tide? And can anyone stop the Skrull queen Veranke - whoever she is?! Plus: Bendis and a murderers' row of artistic talents reveal how your favorite Avengers were secretly replaced! Collecting SECRET INVASION #1-8, SECRET INVASION PROLOGUE, NEW AVENGERS (2004) #31-32 and #39-49, MIGHTY AVENGERS (2007) #7 and #12-20, and NEW AVENGERS: ILLUMINATI (2007) #1 and #5.
Rated T+
In Shops: Jul 25, 2018
SRP: $100.00
ORDER WISH LIST