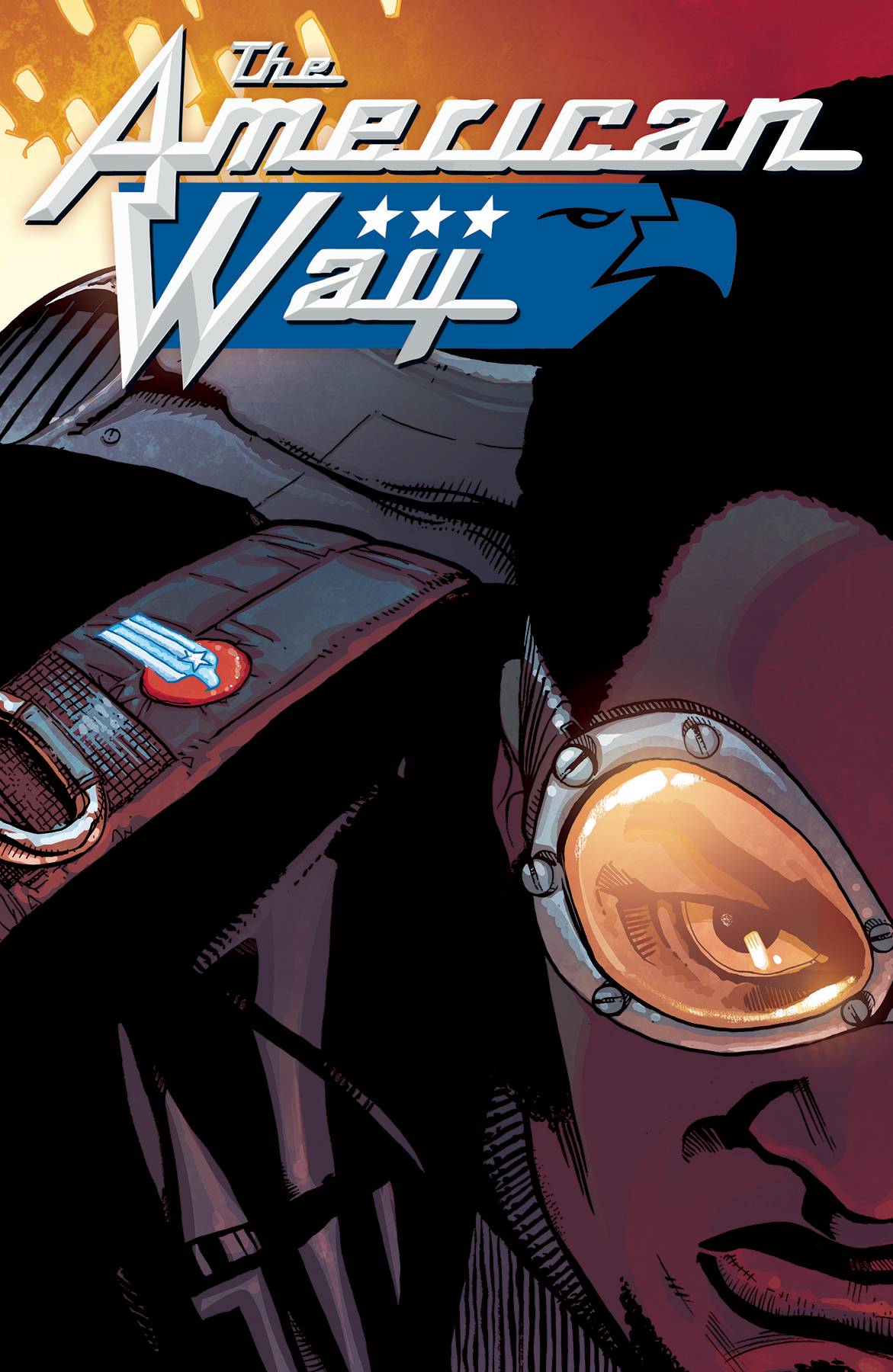 #
JAN180417
(W) John Ridley (A) Danny Miki, John Livesay, Paul Neary, Le Beau L. Underwood (A/CA) Georges Jeanty
It's been a decade since the Civil Defense Corps was exposed as a fraud created by the U.S. Government for propaganda purposes. While most of the heroes who survived the catastrophe have retired or disappeared, the New American still carries on, trying to keep communities safe amid the social turmoil of the 1970s. Some of the American's former colleagues are on opposite sides of the law: Amber Waves joined a group of domestic terrorists, while Missy, a.k.a. Ole Miss, has thrown her hat into the political ring. As the ground shifts beneath his feet and new threats arise, which side will the American choose? Collects THE AMERICAN WAY #1-6.
In Shops: Apr 18, 2018
SRP: $16.99