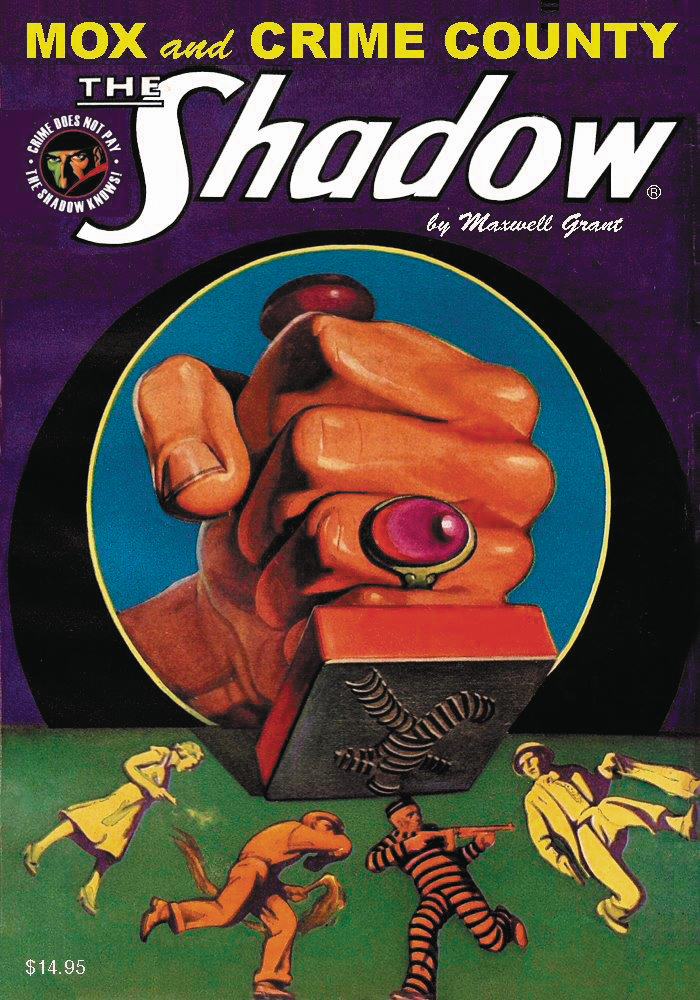 JAN172333
(W) Maxwell Grant, Walter B. Gibson, Will Murray (A) Earl Mayan, Tom Lovell (CA) George Rozen, Graves Gladney
The Knight of Darkness enlists a canine sleuth to ferret out hidden crime in one of Walter Gibson's greatest novels and its never-before-reprinted sequel. First, The Shadow's investigation of a bizarre series of murders by remote control leads to the mysterious mastermind hiding within the sinister house of "Mox." Then, the Dark Avenger returns to Mox's "Crime County" after its legendary lawman is wrongly imprisoned! Plus, a lost thriller from the Golden Age of Radio!
In Shops: Apr 05, 2017
SRP: $14.95
View All Items In This Series
ORDER SUBSCRIBE WISH LIST